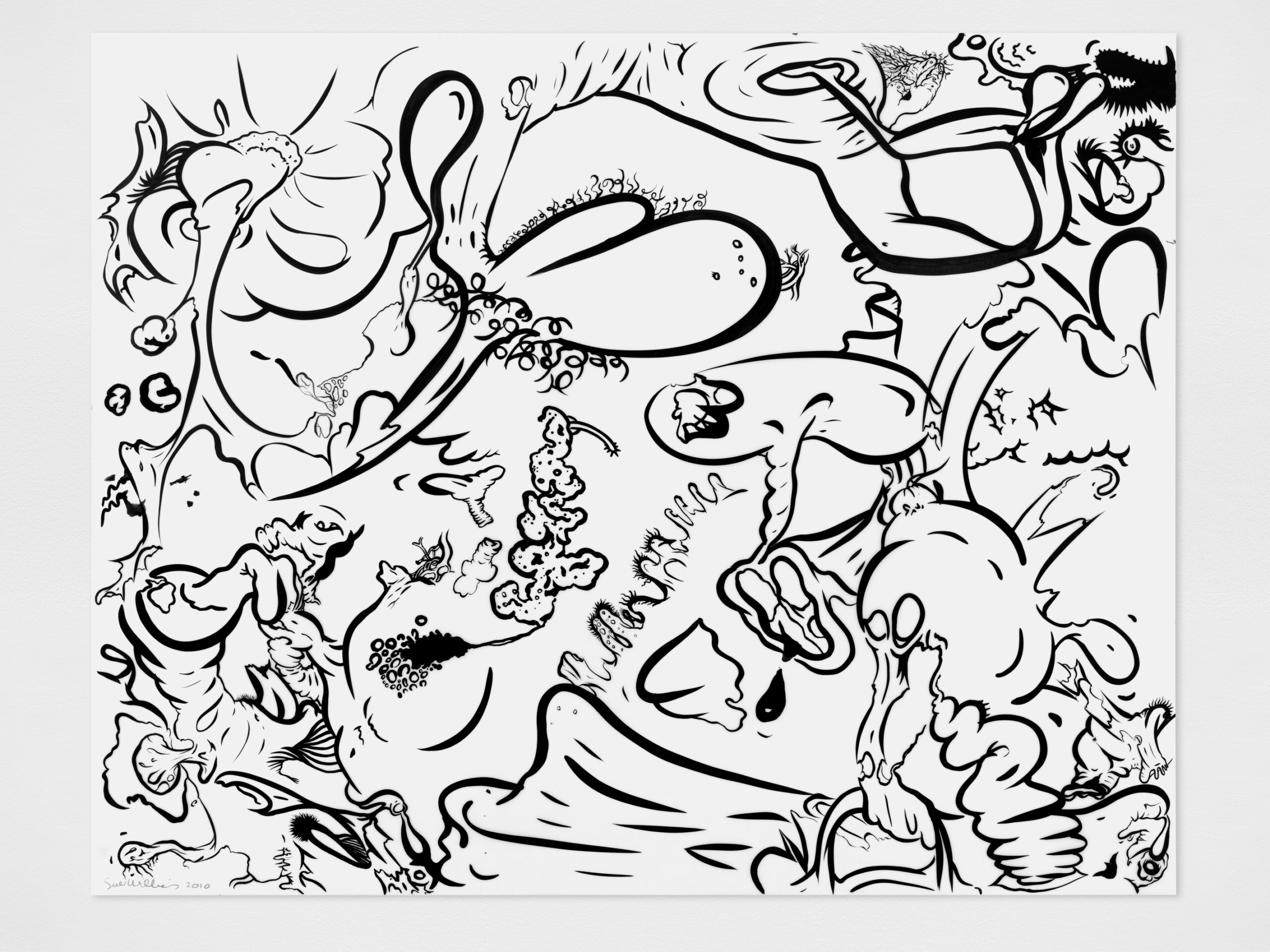 Berlin-based couple Jörg Heiser and Sarah Khan have long been concerned with comedy and humor in art, literature, and film. Because humor can be a method of exposure (indecent or not), just as exposure is a method of humor, the theme of the show was to be narrowed down to forms of “genital comedy.” “Genital comedy” was then also initially the working title.

Nudity, body taboos, gender characteristics, and gender oddities no longer seem to be topics that contemporary artists want to deal with intensively or comprehensively. The de-tabooization and the permanent commercial use of body characteristics, especially female ones, seemingly leaves little room to approach the subject in an interesting way. What strategies and responses have yet to be consumed in this field? And what self-statements do artists risk when they turn to the subject?

Today, depicting a picnic among friends with a naked woman in the green would be understood as a chauvinistic act – and not as the awakening of a bohemian world as in Edouard Manet’s time. The naked female body as a permanent motif of the male artistic genius has long since become obsolete. And the binary logic male/female is being questioned by queer perspectives.

The freedom to be naked and exposed, however, still plays a major role in the ideological conflicts of the 20th century up to the present. World powers, religions, and cultures are pitted against each other in the process. Burkini or bikini (while Ronald Kodritsch’s painterly attention is directed to the surprising multiformity of the bikini zone)? Bare breasts or pickled cucumbers (both, at least with artist group Slavs and Tatars)? Wartime sexual exploitation or romantic lights and contraception education (Young-jun Tak in reference to recent South Korean and Japanese history)?

The gradual liberation of sexuality from the 1920s through the 1960s to the recent present, not least through emancipatory struggles against heteronormativity, are irrefutable achievements. But still: Doesn’t the global West, with its commodified discourse around nudity or freedom, also want to intimidate its opponents? It often behaves like an exhibitionist lurking behind the bushes, wanting to frighten all those it perceives as inferior with its imposingness. Then it crawls away offended when it is laughed at because of its imperfection and smallness.

Therefore, at present, the approach of dealing with the phallus or penis is not yet released from its historical necessity. Rosie Gibben’s video performances approach the subject with dry slapstick humor; while Saâdane Afif and Monica Bonvicini operate not least with art historical awareness when they adapt and reinterpret works by Man Ray (Afif) and Duchamp (Bonvicini).

The ultimate garment for the male gender – a pair of Jockey brand underpants with a characteristic opening, processed and re-sewn into a casual handbag – is on view with the work by General Idea (1998 edition for the magazine “Texte zur Kunst”). Used as a bag, the underpants are now suddenly placed one body level higher, dangling between arm and belly, they appear vulnerable, disoriented. Soft and robbed of its erectness is also Richard Hoeck’s hat, which in his self-portrait he wears with serious dignity.

Surprising for the curating duo Heiser and Khan was how centrally and also garishly the participating painters Judith Bernstein, Katrin Plavcak, and Sue Williams still stage the phallus. But when the world, in July 2021, learned in the news about the rocket journeys of Jeff Bezos and Richard Branson and saw the accompanying pictures, Heiser/Khan became aware of how “frighteningly topical” the phallocentric world view still is. Earth still does not revolve around the sun as long as the richest man in the world is still chiefly concerned with his own magnitude. This circumstance is also reminiscent of the who-has-the-biggest phenomenon described in the context of architecture, called Edifice Complex (a term coined by architecture critic Deyan Sudjic, taken up with the work of Marko Lulić).

Comedian and writer Stefanie Sargnagel is a master at bringing any delusions of grandeur back down to the ground of nameable facts. “All cocks are beautiful” she writes under her drawing of an extremely diversified penis world. In Vienna, after all, the demystification of the sexual, from Sigmund Freud to Valie Export, is a tradition.

Against this background Heiser and Khan, in addition to the artistic contributions, also take the liberty of adding individual artifacts – such as an address book, a record cover, social media messages, music videos – as supplementary comments to the exhibition choreography. 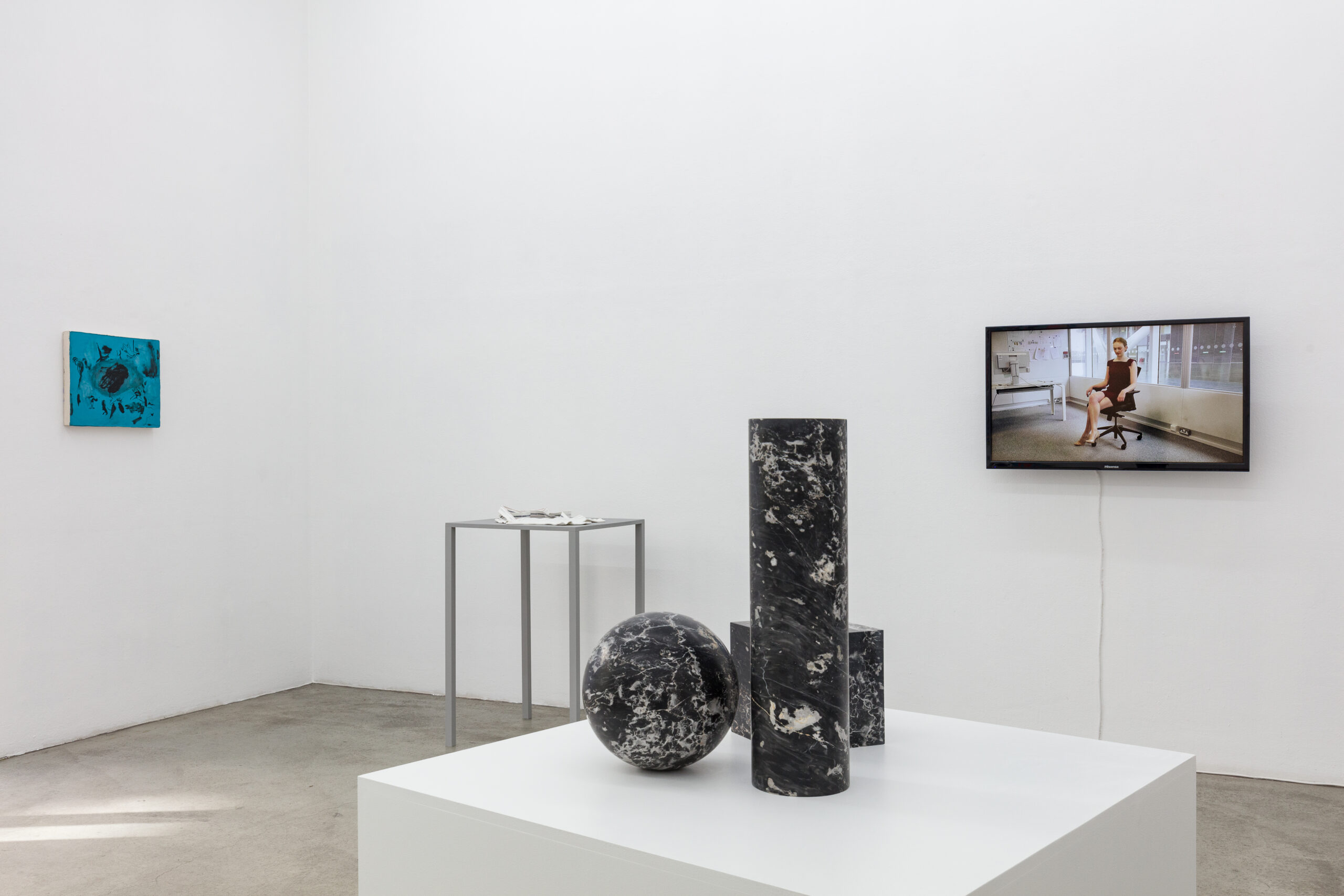 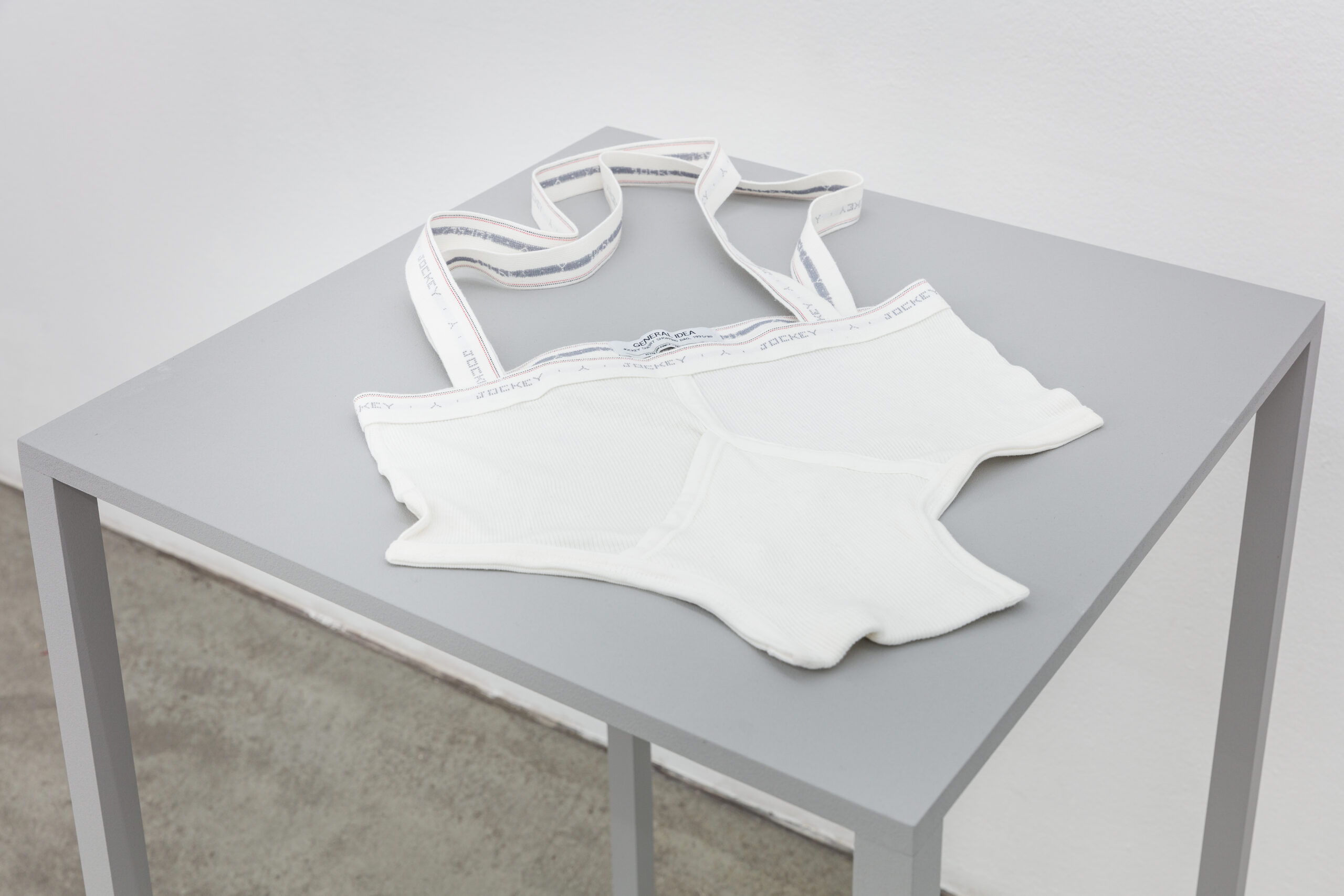 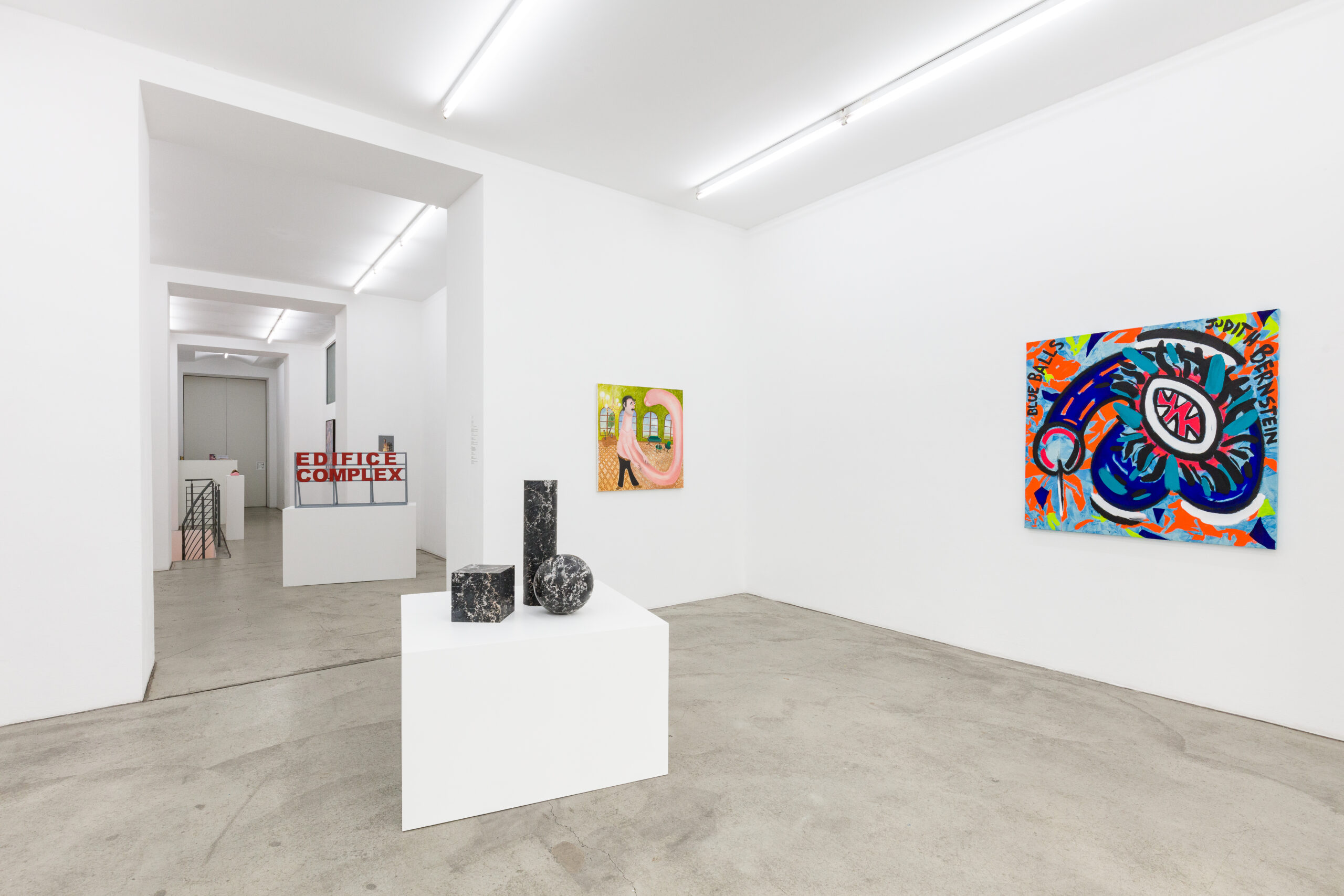 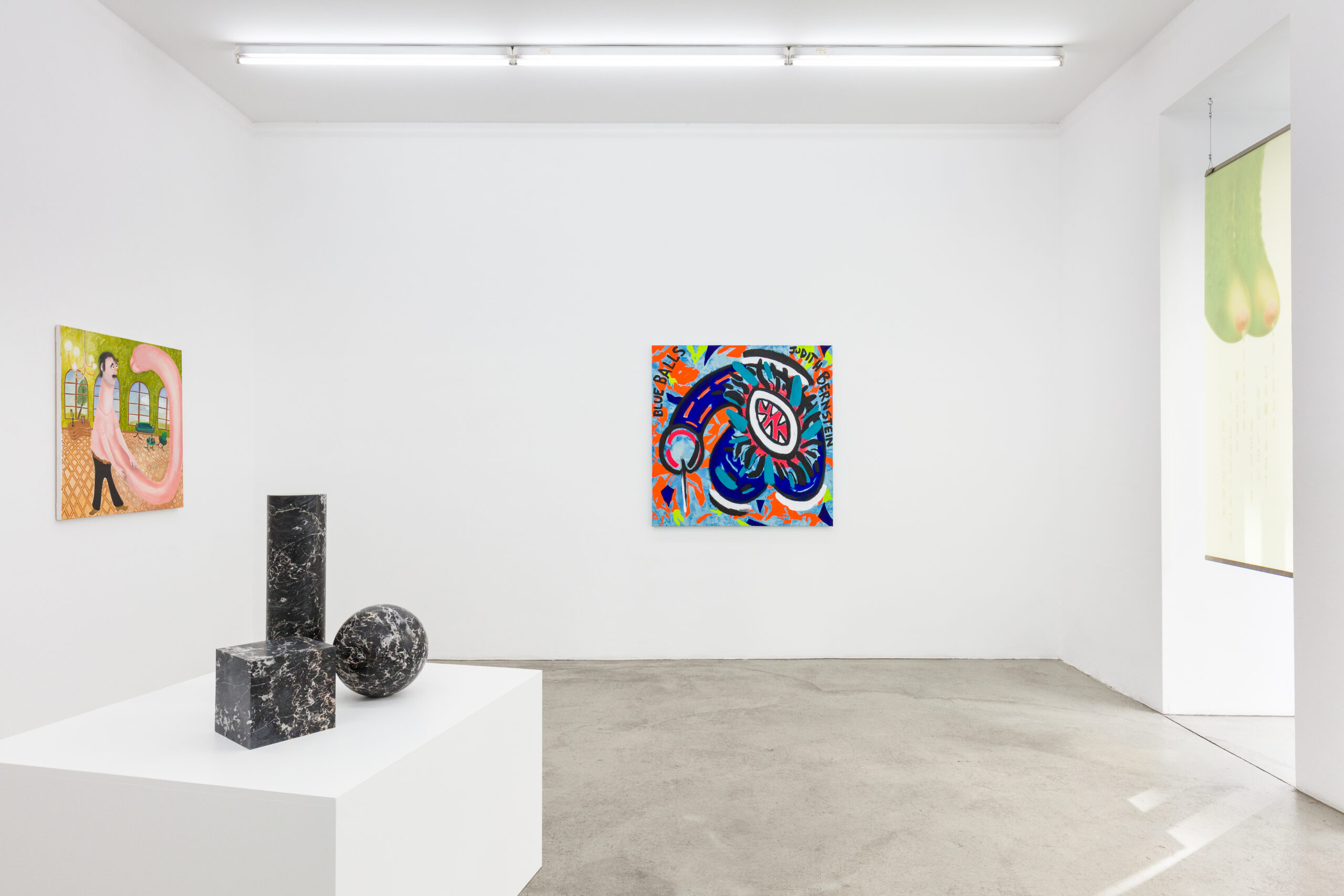 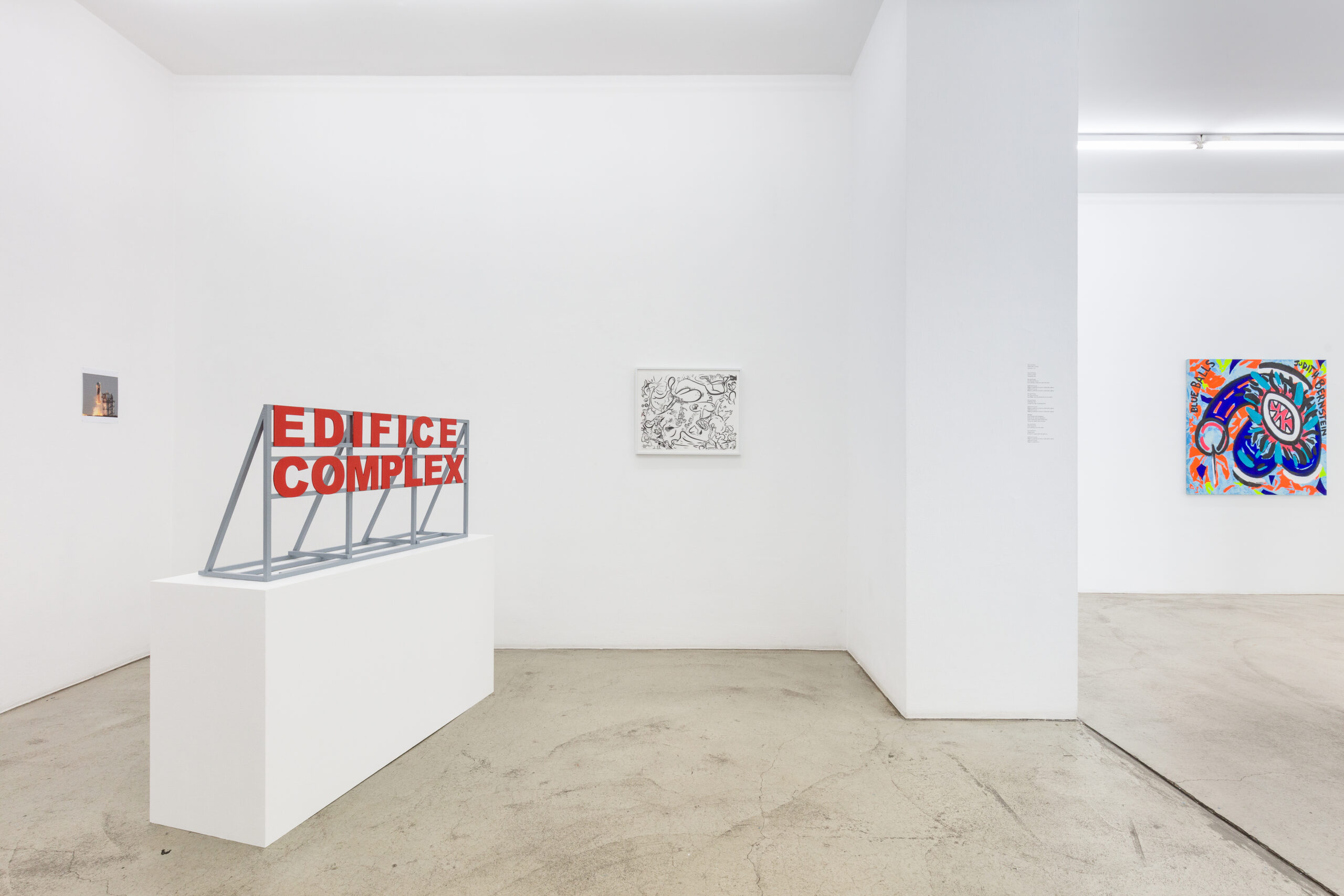 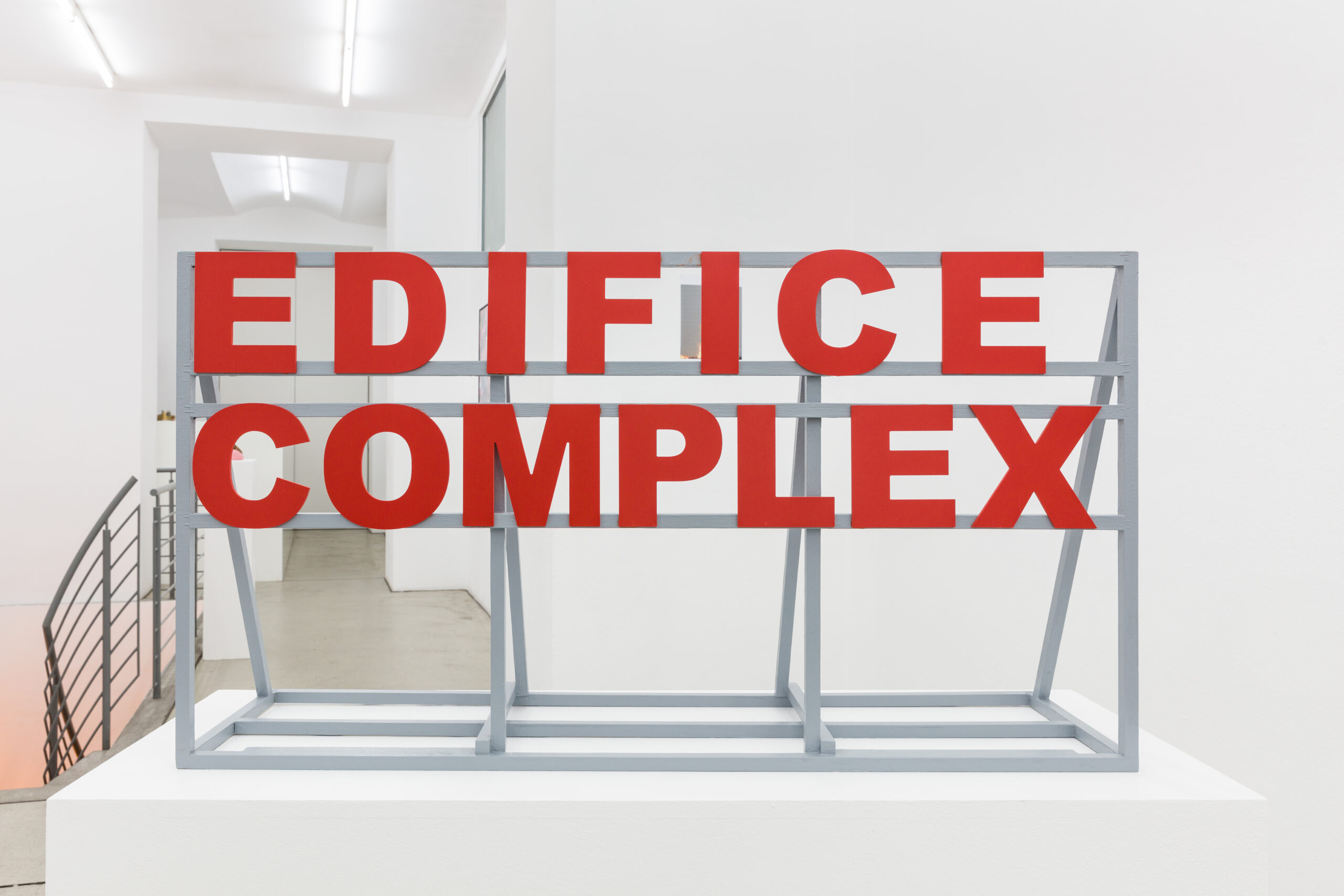 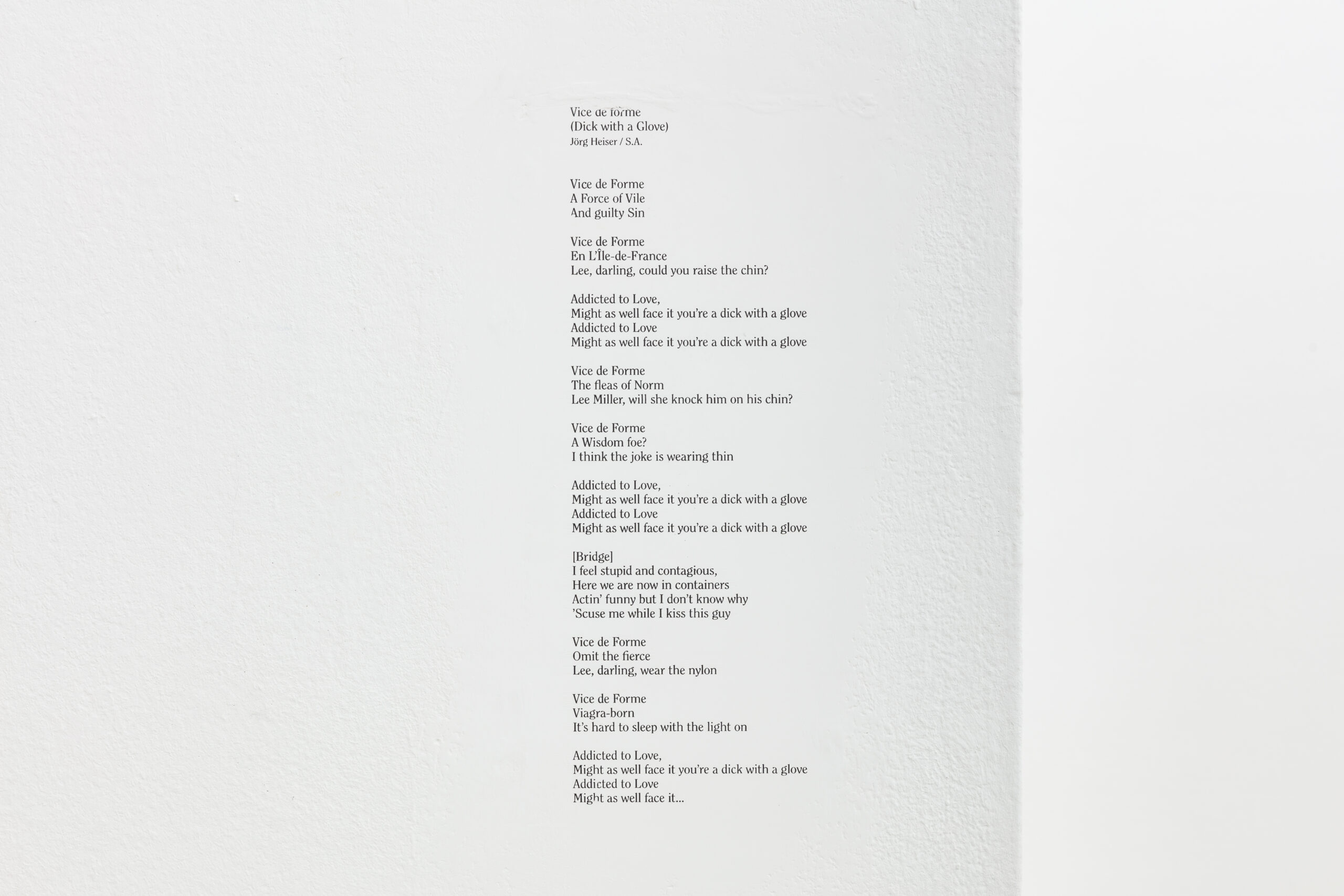 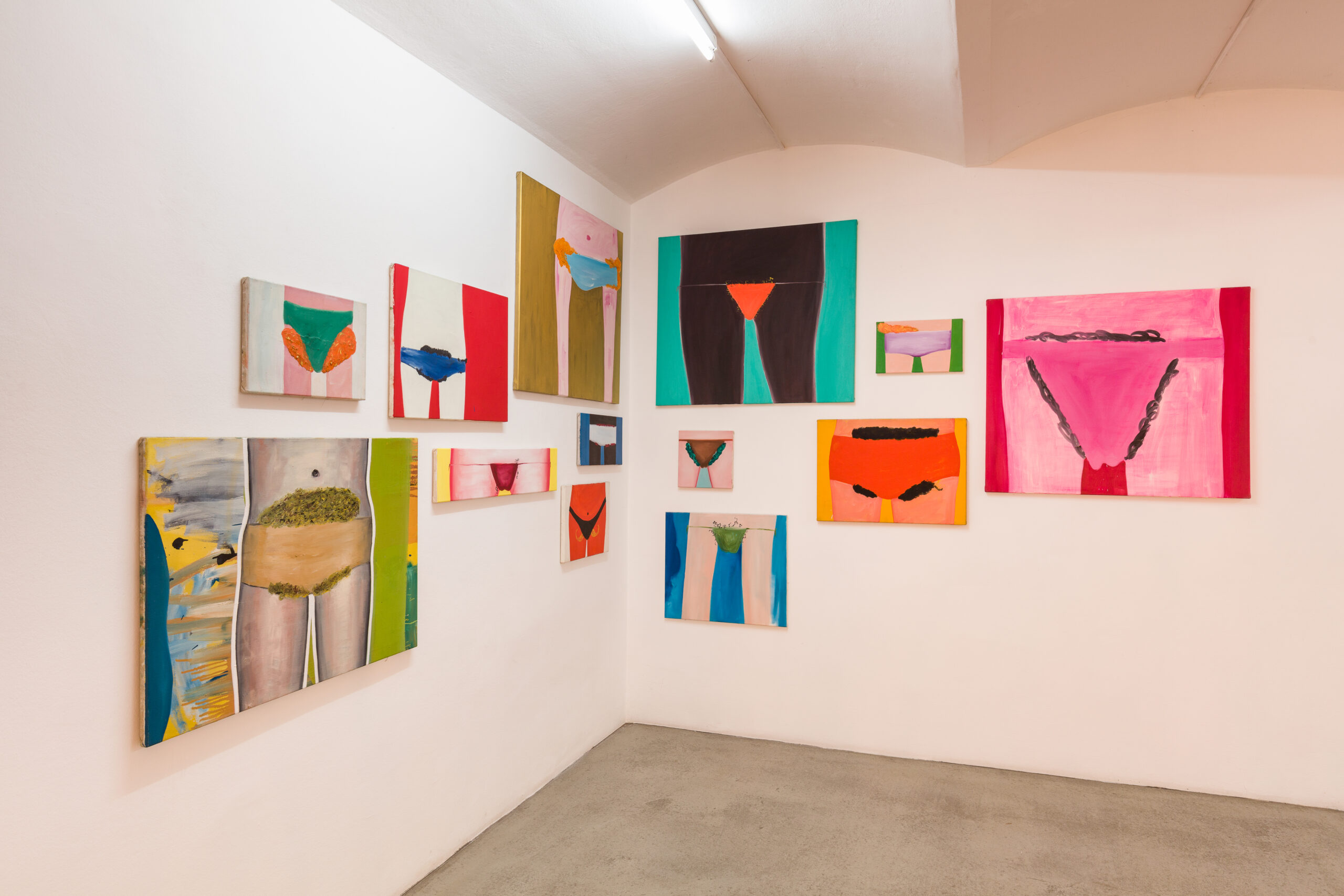 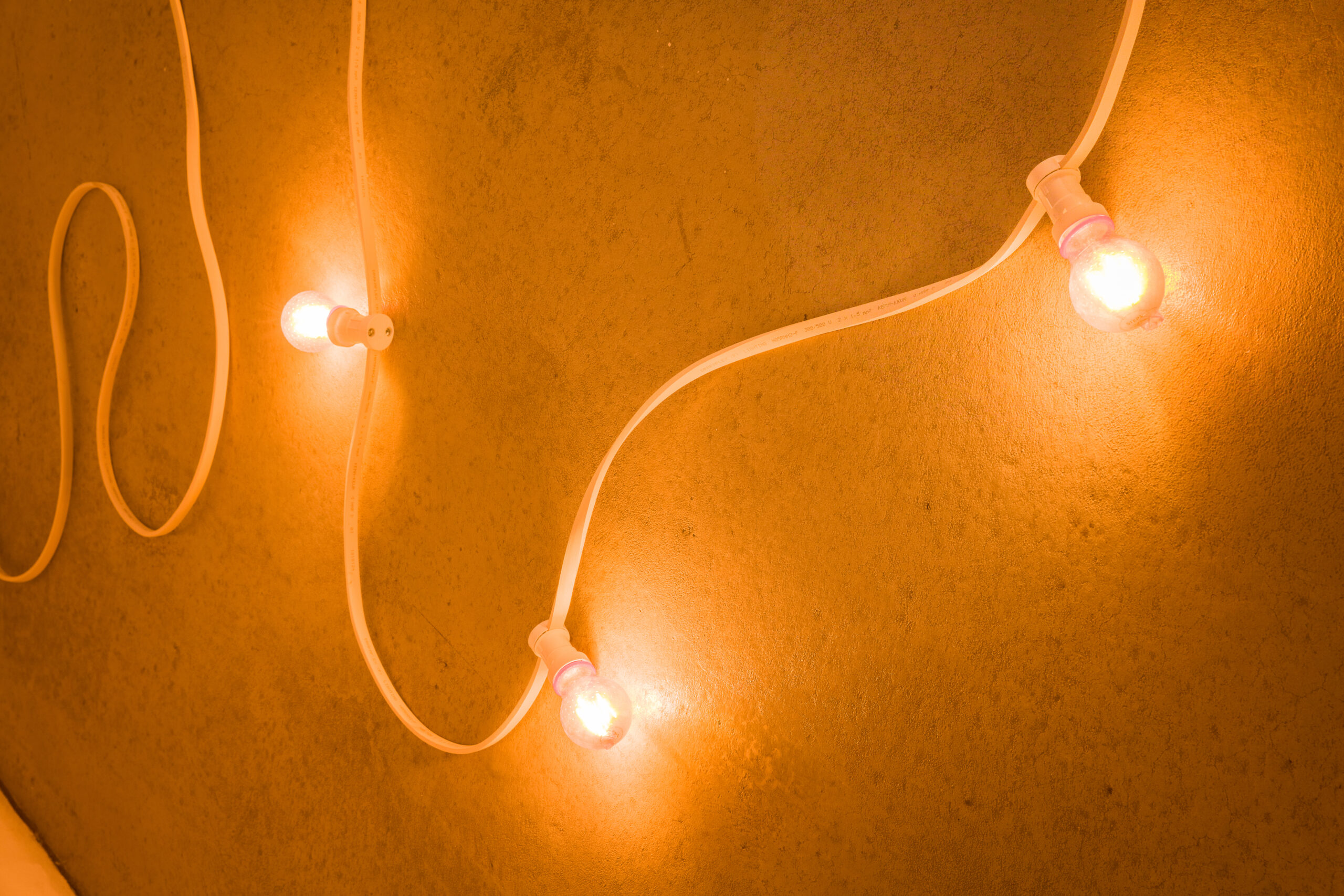 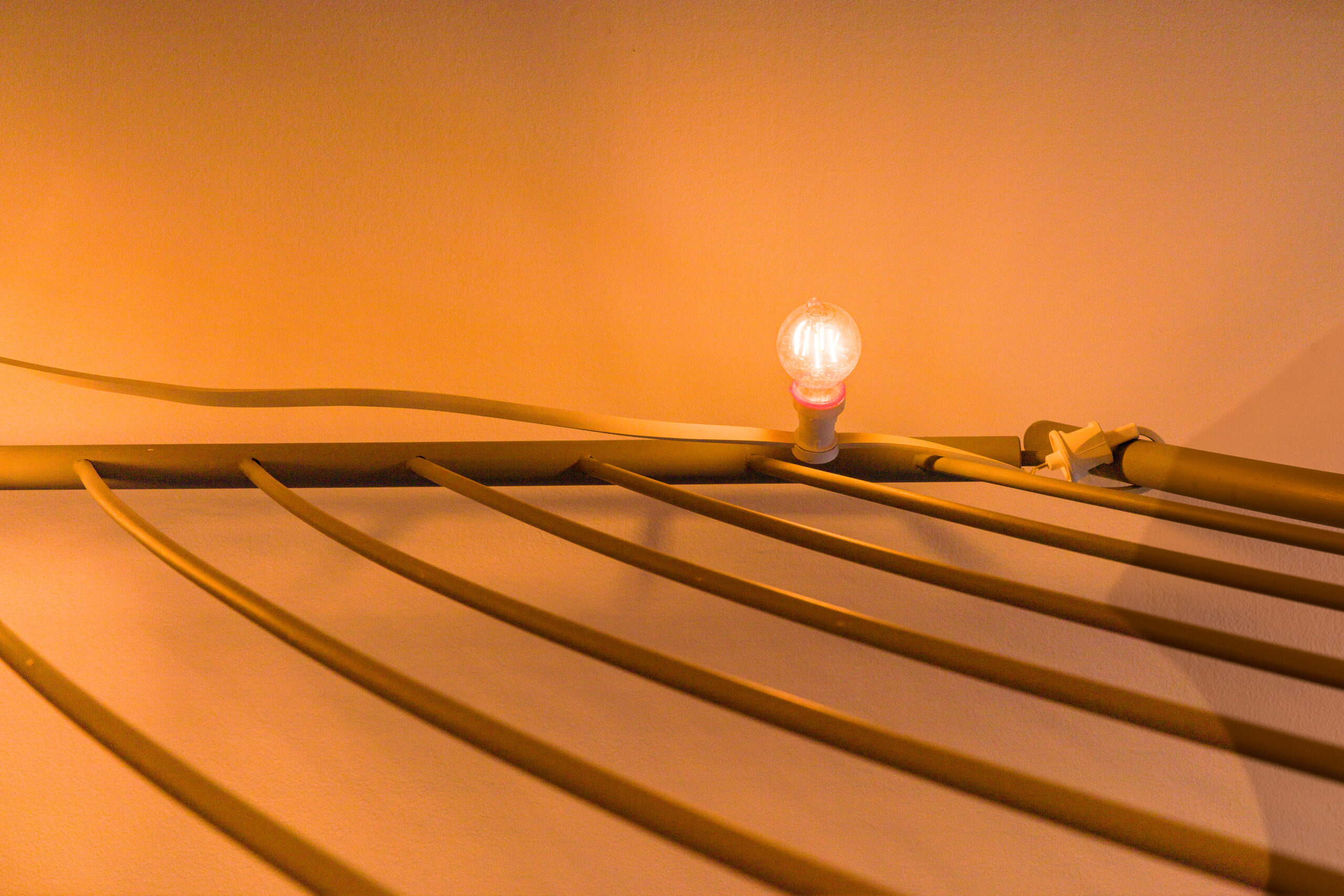 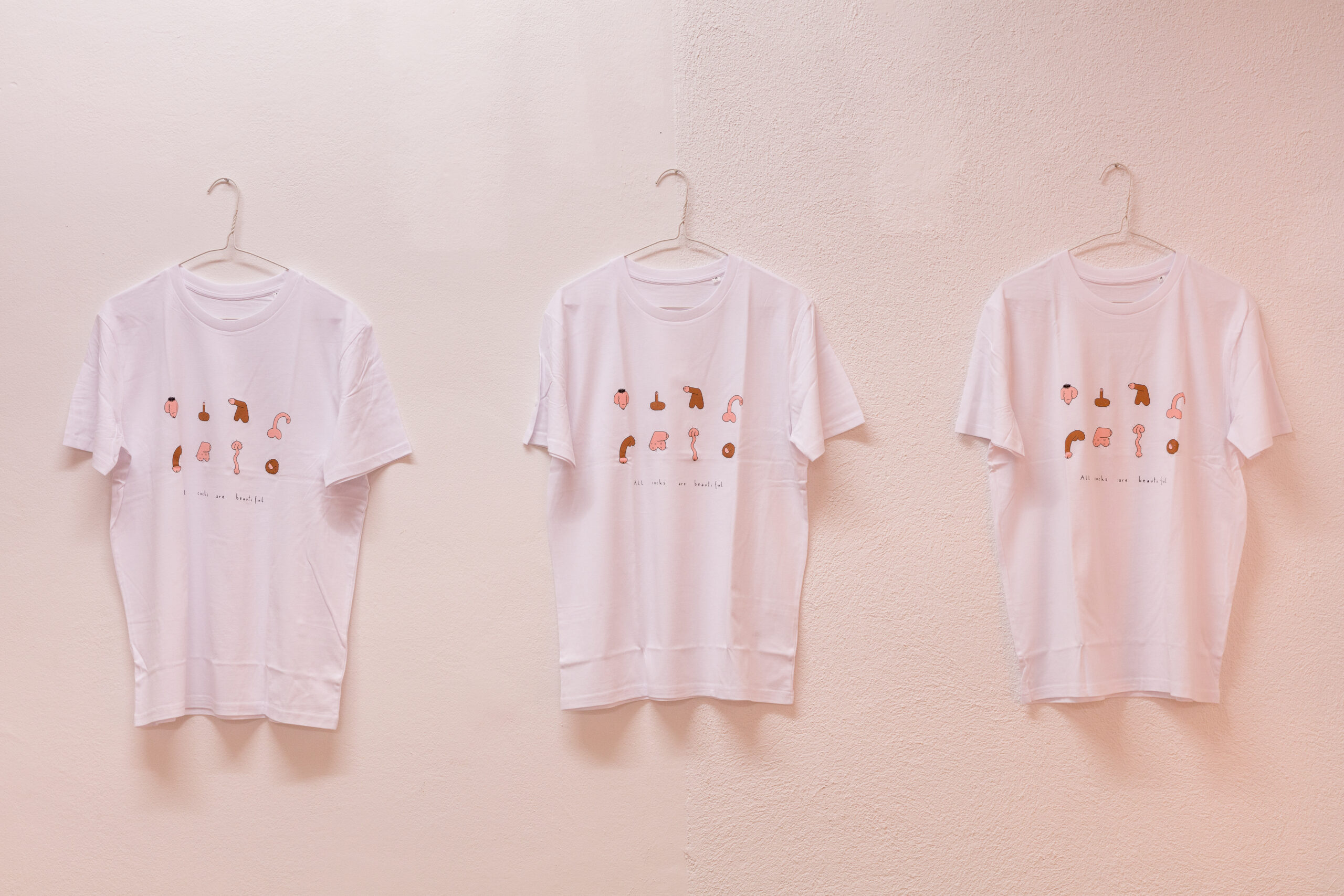