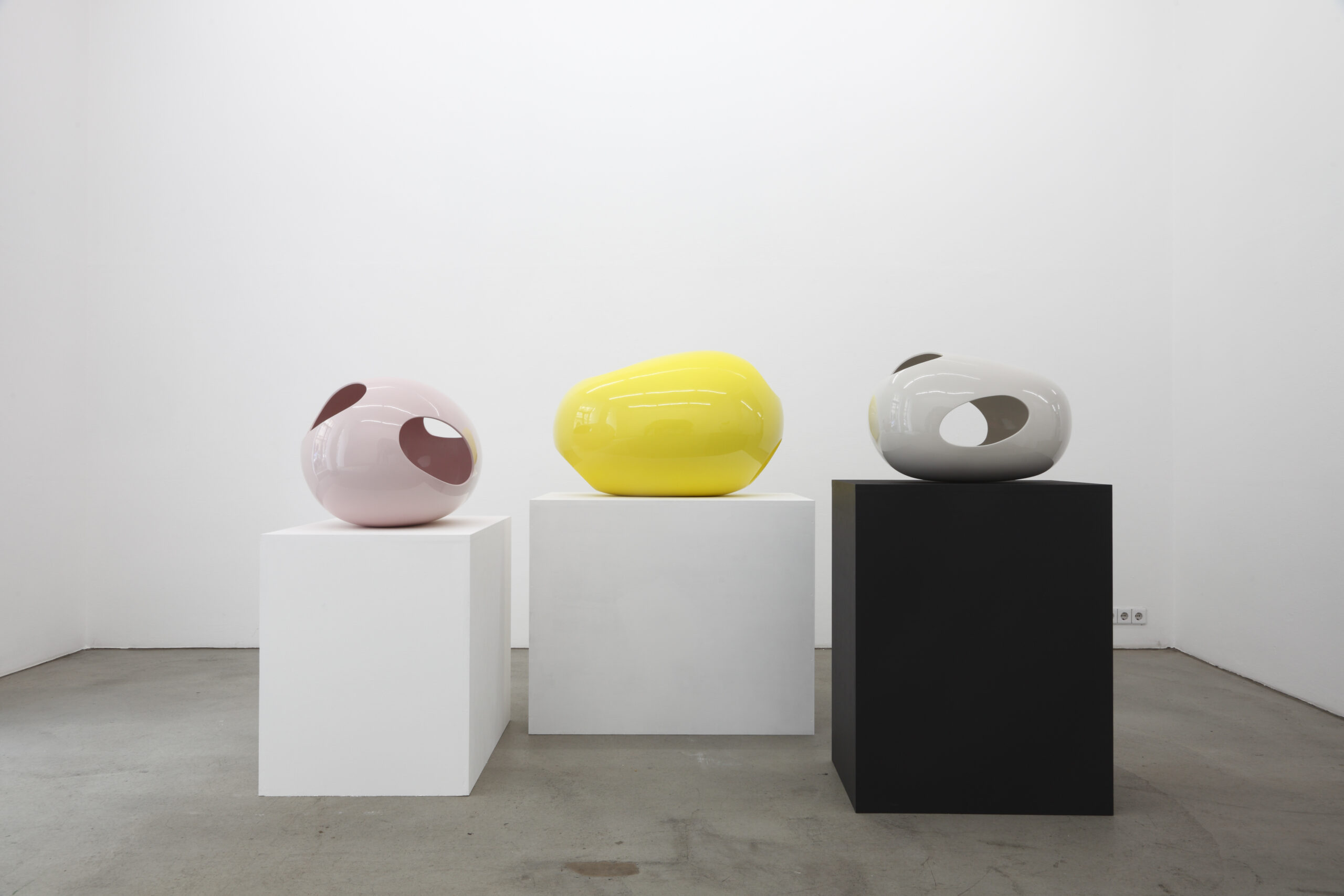 The exhibition has been given a definite, decisive feeling by the contemporary aesthetic exchange between dynamic attention-seizing art/architecture and design and history influenced aluminium sculptures. The scene is completed by a light sculpture in form of a spiral at the Gallery desk and the “confrontation” of spiral formations on the circular “Shaped Canvas” in the basement Gallery presentation room.
The works benefit from an architecturally coherent staging of visual planes and, by being presented on white and black bases, the works leave us fascinated by the dramatic and discursive artistic framework.

Through developing her own creative processes, working not directly onto the canvas but onto plastic foils spread out above the floor, Barbara Mungenast ‘rediscovers’ herself through her new series of works and frees herself from the “subject-ground” dilemma.

The creation of forms from the plane, and the relationship between forms and the ground – the premises from which abstract art takes legitimacy are thus refuted. The white circular or rectangular canvases first come into play, by creating oval forms from several stacks or as tubes and ordered spirals creating inverted shapes. The metonymic function of the canvas as an ‘image plane’ likewise experiences a reversal. By the simultaneous isolation of colour ordering and the brush-lines of the canvas, Barbara Mungenast enters the realms of post-existentialist art.

In contrast to classical modern painters such as Mondrian, Barbara Mungenast does not try to waive the contrast between form and background, rather she views this discourse more suitably as formative, as a plastic equivalence. Her strategy is not directed against the abstract painting model per se, but explicitly against the suggestion that actual meaning is derived from this. The artist is not in the search for „the pure“ form, but rather in her current series of works. decided to investigate radically and aggressively, the provocative opposite of aesthetic qualities: „Unform “.

The monochrome black, mother of pearl white and pink oval variations on the white canvas have popular appeal, yet at the same time the oval forms are subject to deliberate artistic acts of ritual modification and deviation.
The subjective colour order here becomes “offensive” if we compare it to the minimalistic concept of „objectification of the artistic procedure “ as championed by Benjamin H.D. Buchloh.

The proportions of the ovals and other influences on the canvas, form the framework of the relational reference of each picture and succeed in containing the work. It is precisely this reversal of “image-bearer” conditions and form that Jacques Derrida describes as ‘signature contrast’. The oval form does not become a prescriptive icon or the symbol of a strict symmetry, but shows parallels to eccentric abstraction, as postulated by the American critic and curator Lucy R. Lippard.

Barbara Mungenast operates radically between the edges and the center of exciting formalistic as well as anti-formalistic processes. Aesthetic „correctness “ is manually, intellectually and conceptually analyzed during the artistic process.
The struggle by Barbara Mungenast to develop the quality of her work finds a logical continuation in the new series of sculptures „Ohne Titel“. The egg-shaped and oval structures of the sculptures do not form formal divisions in the works but are the starting point for a new dynamic – achieved through ellipse-like cuts in the structures. Areas created by the various forms refer to topologies, the visual, spatial, temporal cuts contained in it correspond to cutting into our material experience.

Modern design ideals, which usually seem alien in normal life environments, enter here under abstract means into the accepted artistic organizational process.
Dynamic curves develop, whose forms create constellations that invite the spectator to discover the geometrical and aesthetic key in order to “de-compose” the work. The chromatic qualities of the industrial car lacquers used to cover the continuous surfaces inside and on the exterior of the aluminum sculpture are exceptionally pleasing on the eye. The sculptural topology can here be compared to the pictoral works of Lynda Benglis.

In the use of industrial materials such as lacquers, the works of Barbara Mungenast have many of the characteristics of industrial, minimalistic sculpture, however the finish is here hand-produced during the artistic process rather than by machine. Barbara Mungenast also separates her work from the minimalistic and every other form of “production perfectionism” by introducing radically employed irregularities, often approaching the analytical methodical dynamic of Bridget Riley.

Mungenast uses direct sculptural processes, often brutally, illustrated by the sharp edges of the outlines yet she is nevertheless at the same time restrained, individual. We perceive transitory forms that then contort and reintegrate themselves into the object as a whole.

Barbara Mungenast, through her unique “minimilisation” processes, allows the substantiality of colour and feeling to permeate through, instead of producing industrial looking prototypes (reminiscent of Blinky Palermo). From this results conflict – and a directness, both of which radically provoke and stimulate our perceptions.

In the Gallery showroom hang monochrome silver or white colour spirals on circular canvases, whose surface structures are textured with a relief-like effect.
Barbara Mungenast has here used controlled and precise production methods, using special tubular devices which are used to control colour order: the artist combining manual and mechanical means. As before the paint is not applied directly on the canvas, rather on to plastic foils.

In order to avoid streaks, splashes or drops, the colour medium requires a special consistency. Barbara Mungenast’s application methods here echo the techniques of Jackson Pollock; each reversal and spiral-like vortice having dramatic effects on the spectator. 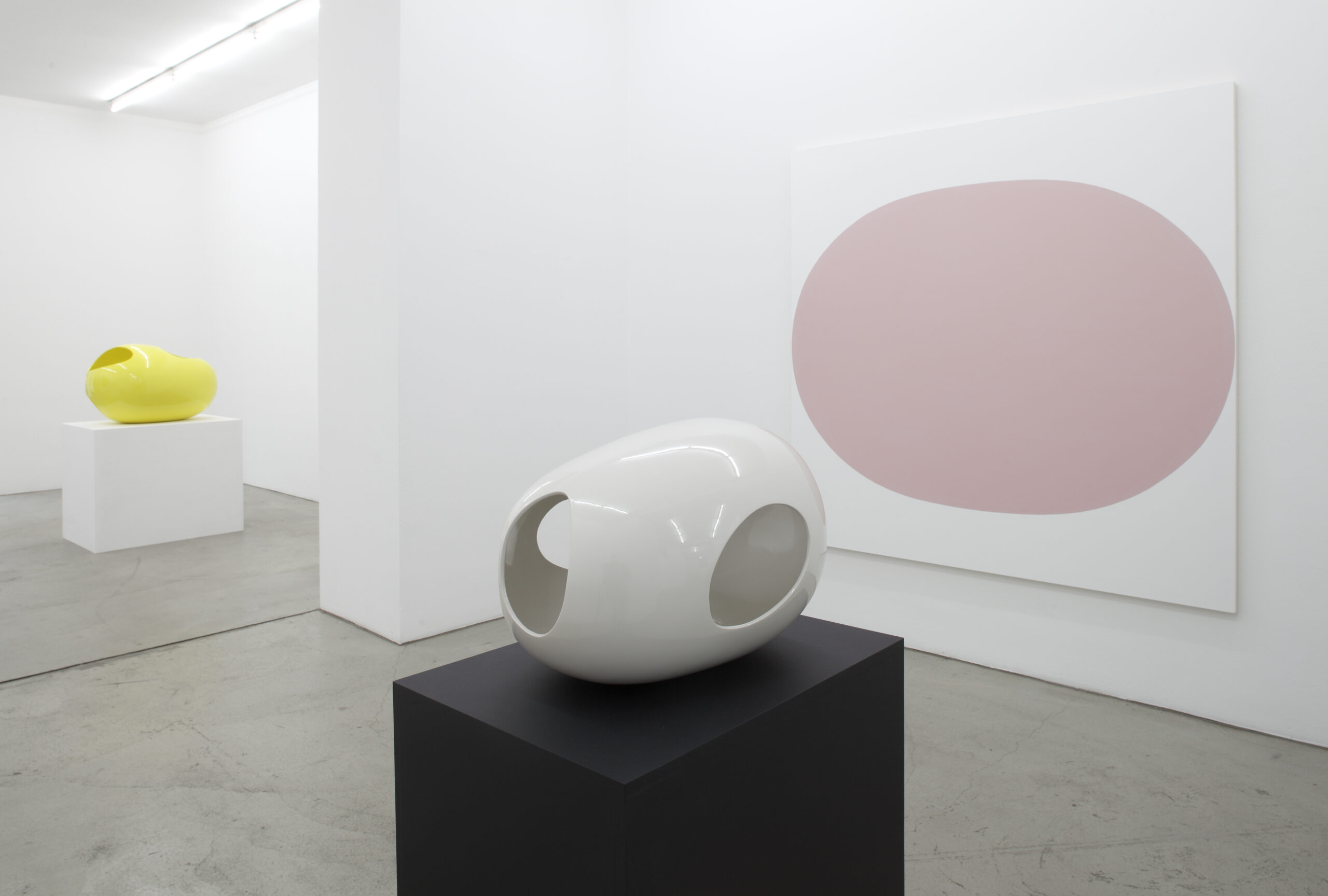 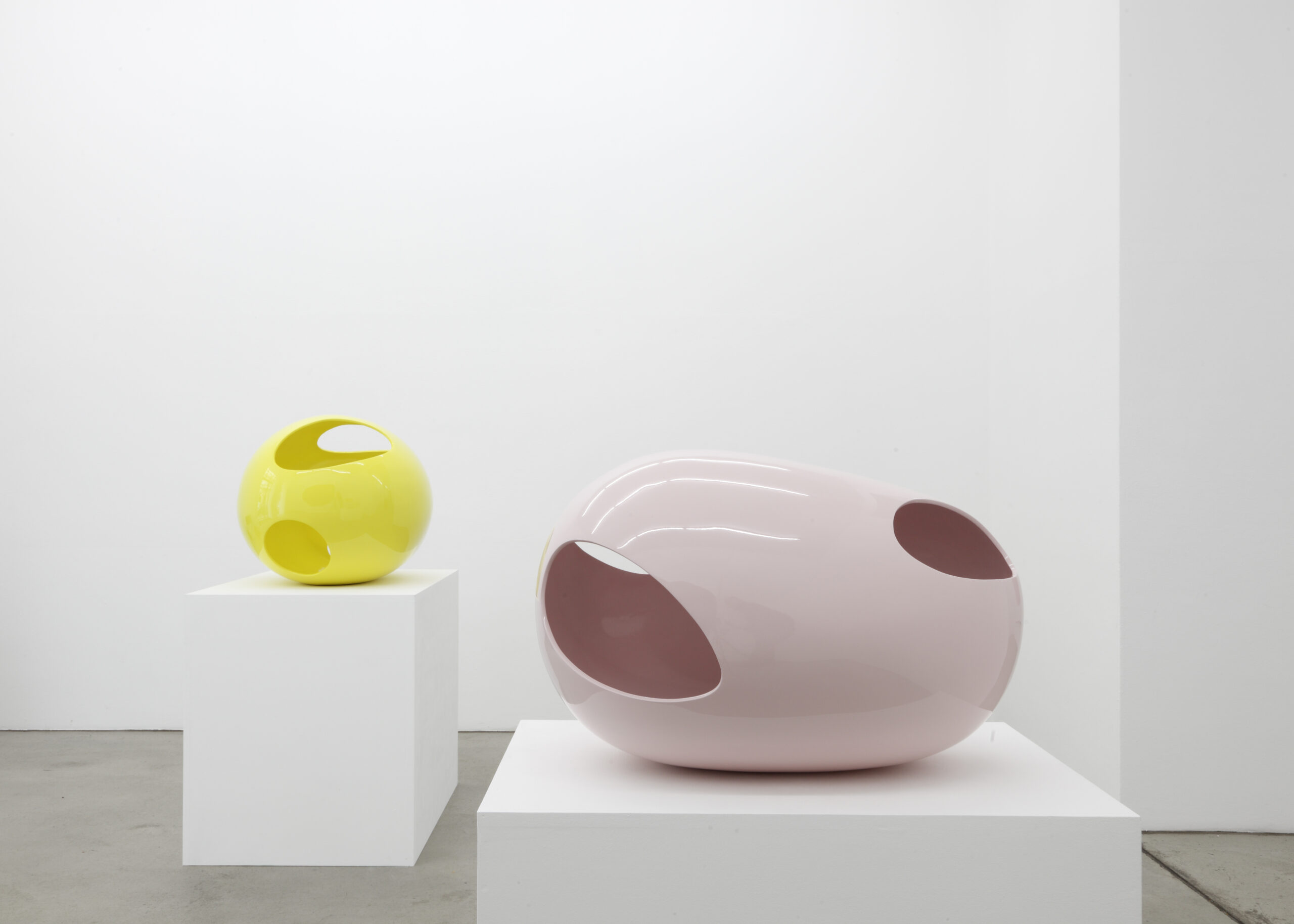 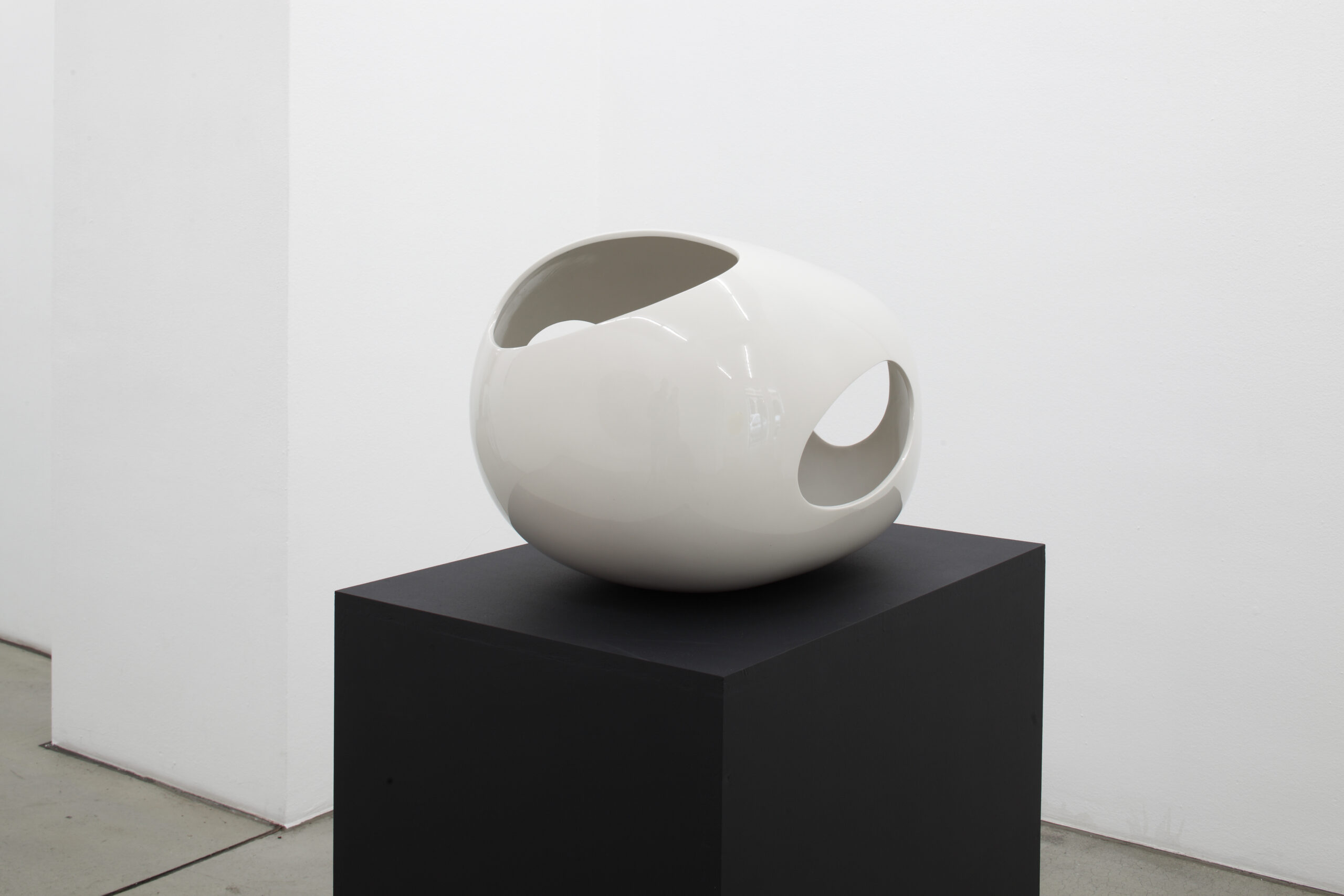 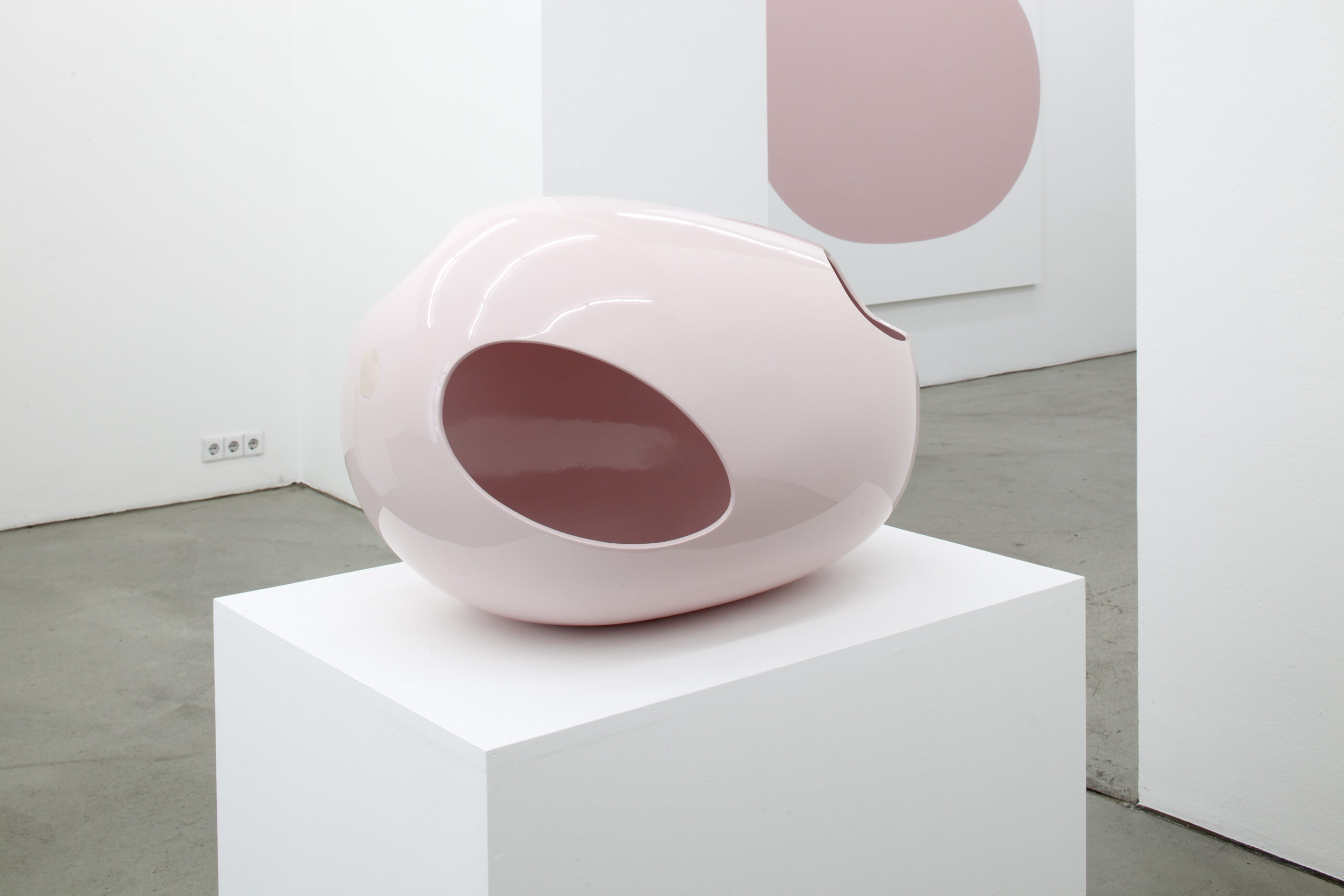 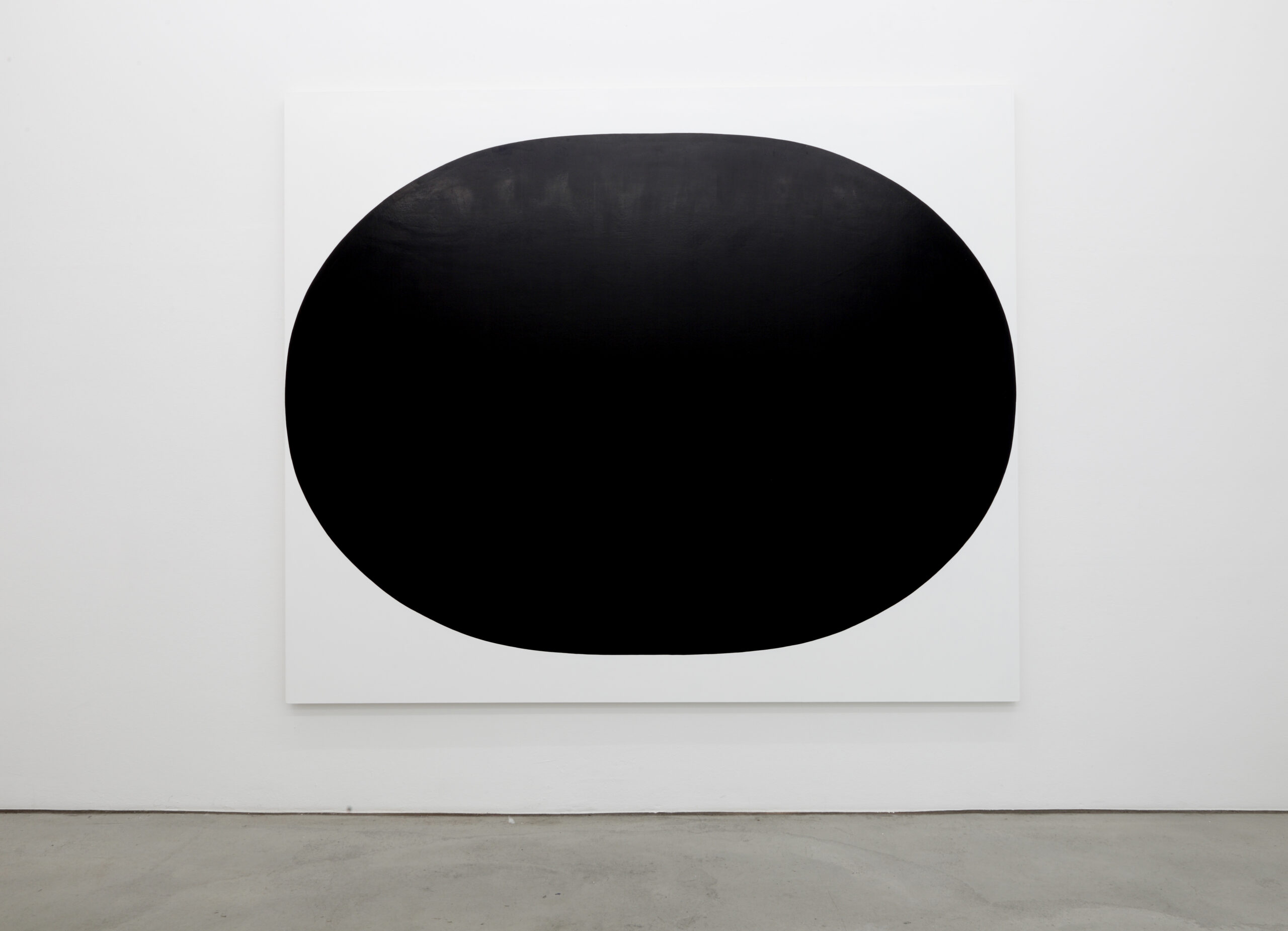 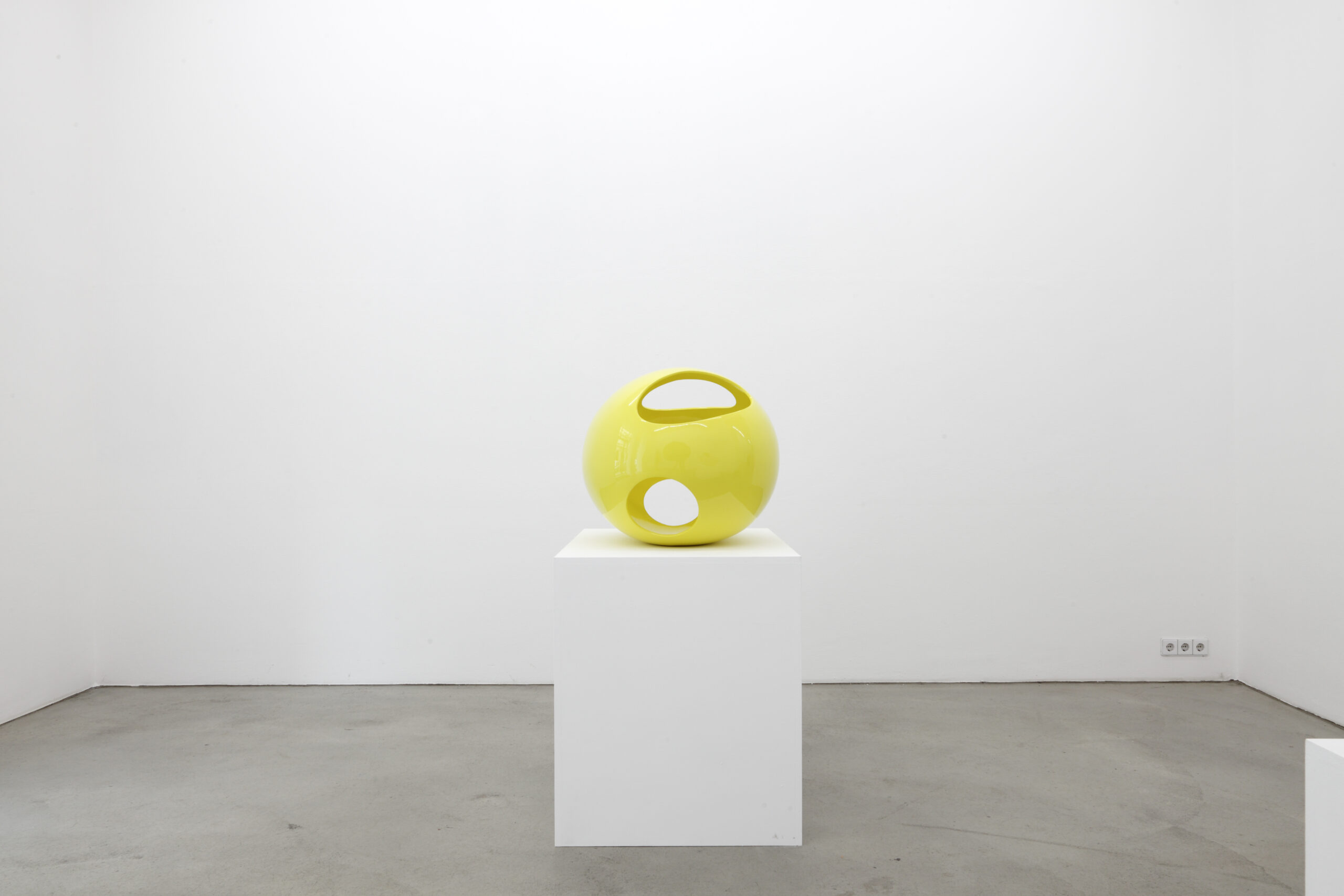 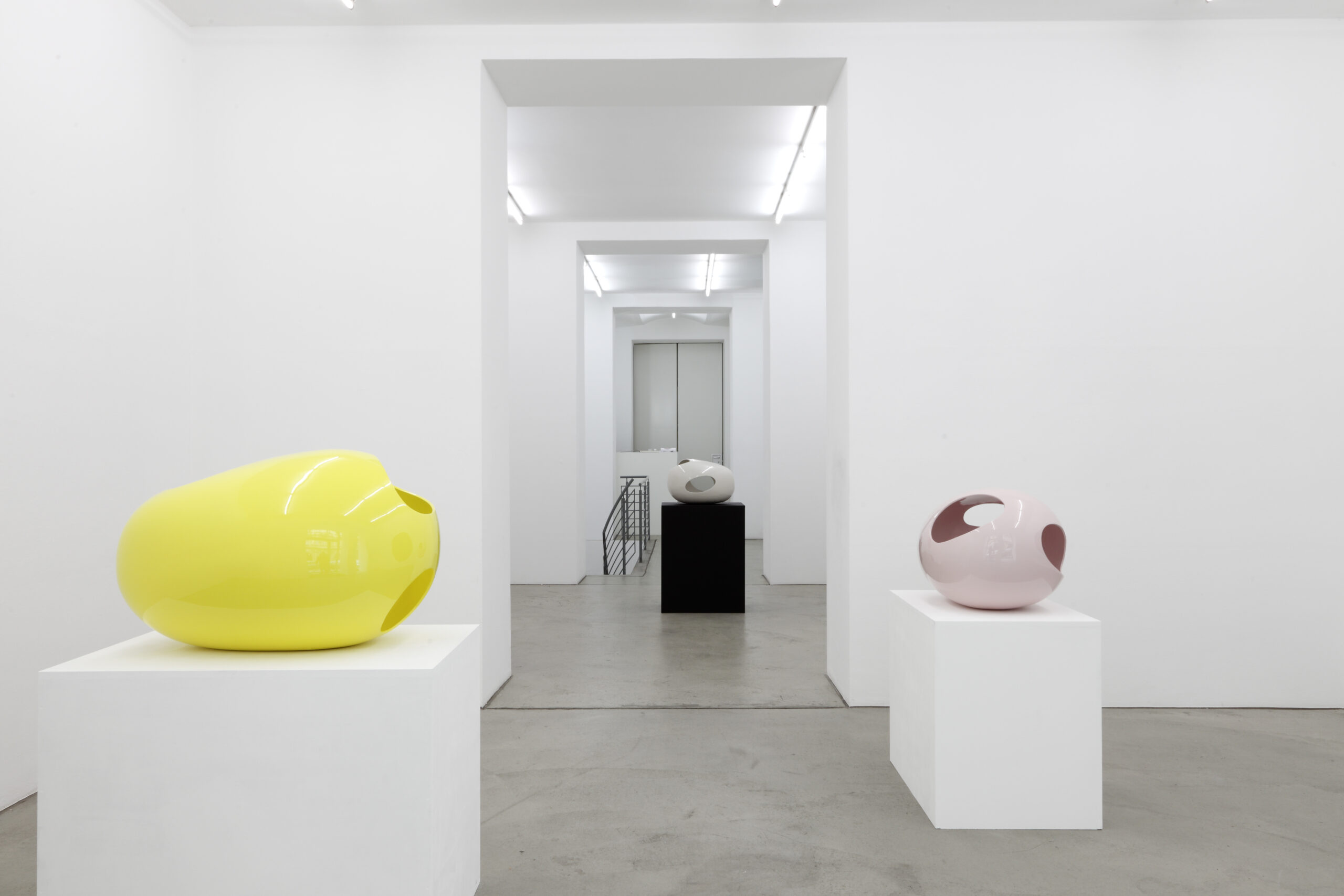