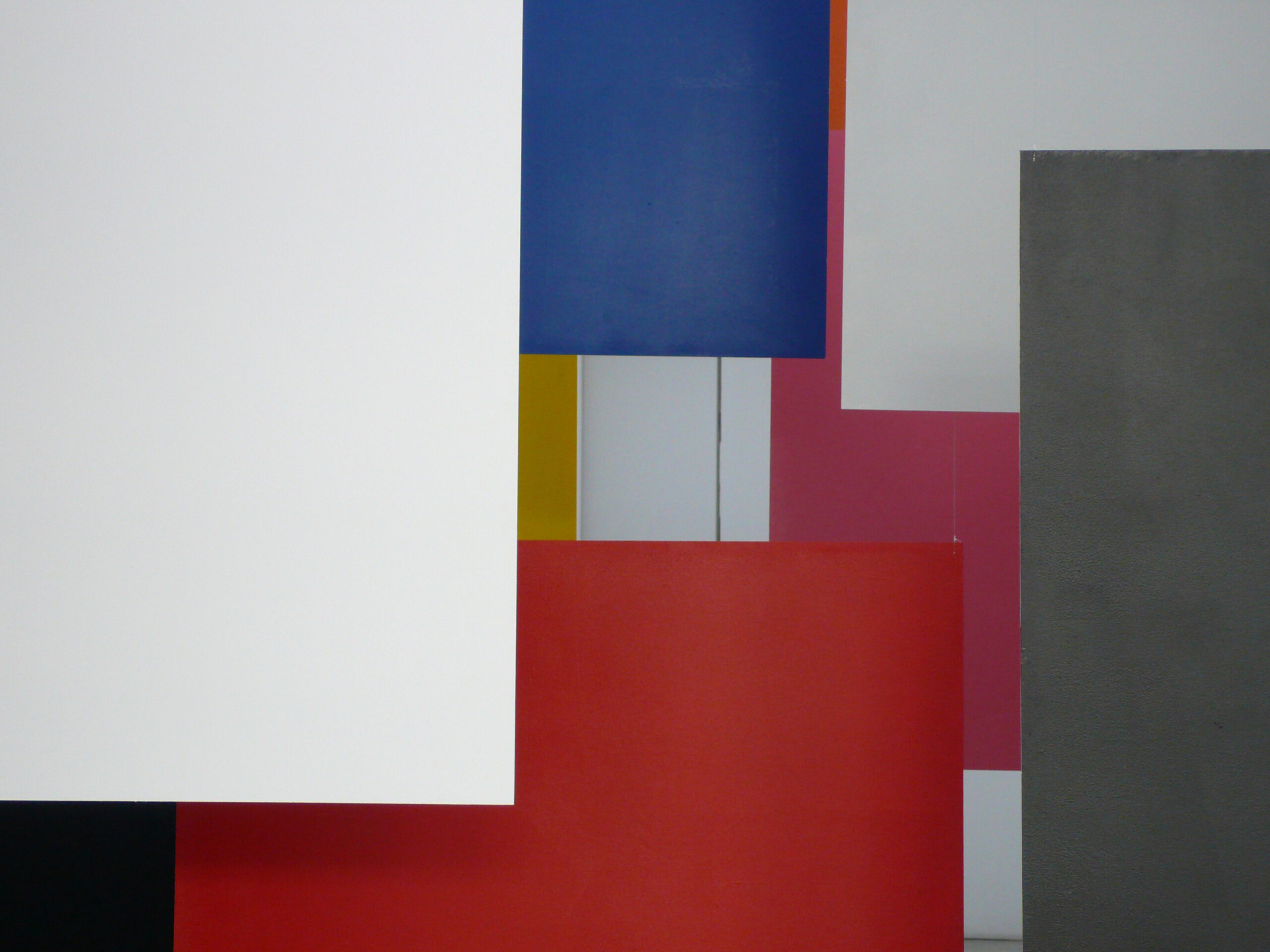 Marko Lulić, who for years has made exploring and questioning the theme of monuments the subject of his work, presents new work this September at the Gabriele Senn Galerie.

For the artist, who works primarily in the areas of object art, video and installation, the body always assumes an important role. Particularly in the most recent work and exhibitions, the body in the form of a juxtaposition of monument and movement is a primary theme.

In Space-Girl Dance 2009, Lulić has a group of three dancers perform in front of a backdrop of sculptures in Rottweil; the choreography is taken from a Raquel Welch film from the seventies. In other work of recent years he often appears as a performer himself, in photos or videos, either reenacting Nikola Tesla’s electrical performances or, in Reactivation (Circulation in Space), literally and sweatily belaboring Modernism by climbing a seemingly kinetic sculpture by Vojin Bakic and swinging himself about, a verbatim interpretation of the piece’s original title, Circulation in Space (1971).

These projects lead us to the role of language in Lulić’s work. The written word finds use not only in his often ironic titles; it also regularly features as the object itself in his text sculptures.

In the exhibition Untitled Concrete, Lulić not only reflects ironically on his own titles, he also plays with the dual meaning (concrete, the material, and concrete in the sense of specific). Concrete is not only the material of modernist architecture and monuments, but also a reference that has appeared previously in Lulić’s work, for example in Durch weichen Beton (Through Soft Concrete), Grazer Kunstverein. The questioning of monumental gestures, as well as the materials and the ideologies behind them, is an approach that occurs repeatedly in Lulić’s work, such as in Amerikanische Baumaterialien (American Building Materials), Total Living, Pressspanplatten für den Frieden (Particleboard for Peace).

In Untitled Concrete, Lulić presents new work that once again interweaves the themes of monument, movement and meaning. On view are two large-scale installations: a text sculpture that deliberately plays with contradictions, with the terms invisibility and monumentality, and a spatial structure that can be read both as a constructivist mobile as well as a display or set design for performances.

The artist additionally uses this installation as a stage for the shooting of one of two new videos. In both videos, dancers engage in a dialogue with the space or with a monument. Jasenovac, the second video work, which will be on display in the same month at the Austrian Cultural Forum in New York, refers to the monument designed by Bogdan Bogdanović in Jasenovac, Croatia, part of the memorial to the largest concentration camp in Croatia during the Second World War. Lulić has often referred to this piece in his work; the video Jasenovac thus forms a bridge to the exhibition Organisiertes Dekor – Verbesserte Partisanendenkmäler (Organized Decor – Improved Partisan Monuments) at Gabriele Senn Galerie in 2001.