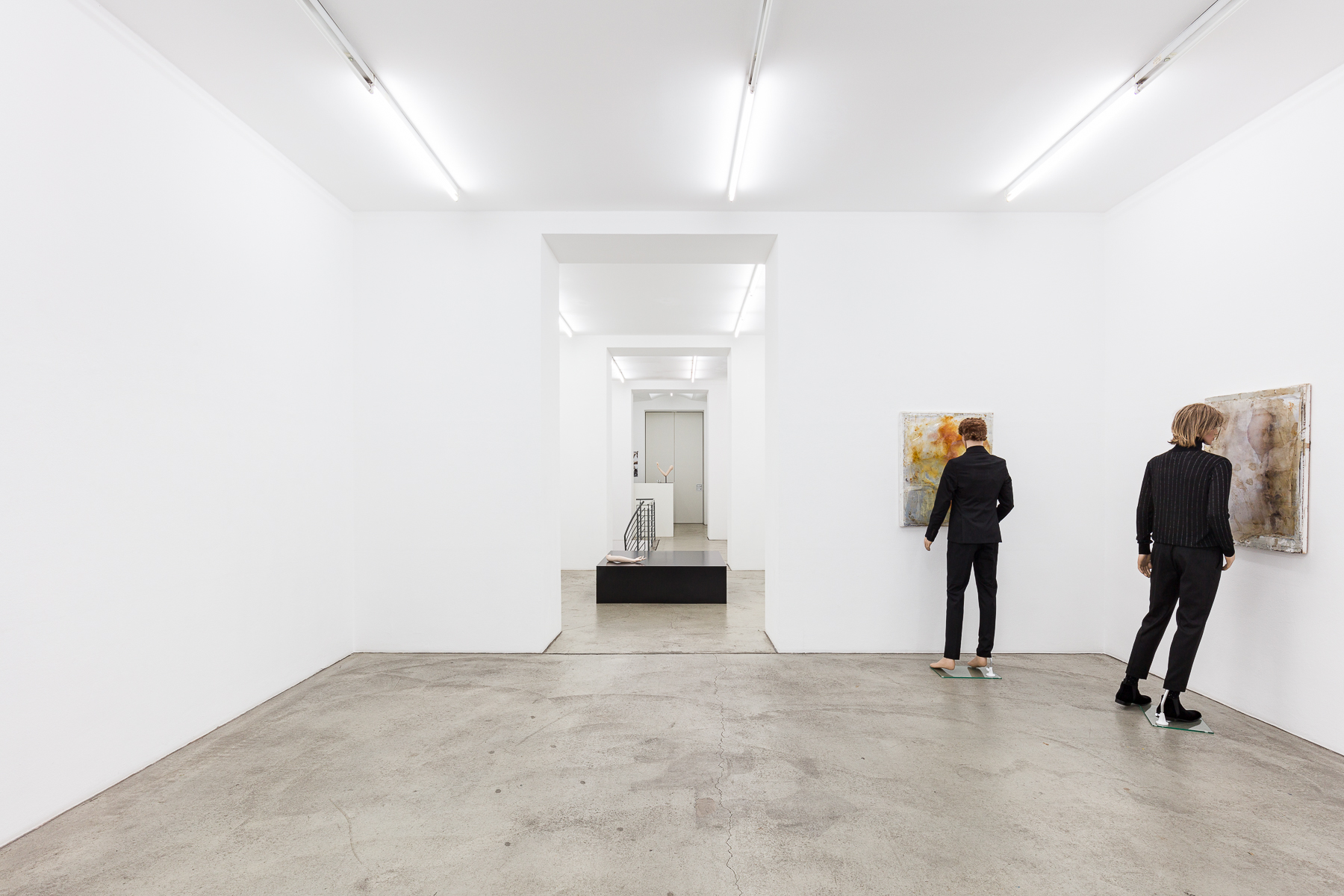 Mannequins block the view of abstract paintings. Made from industrial trash, the canvases have the same dimensions as Der Wanderer über dem Nebelmeer (1818) by Caspar David Friedrich.

Until the Romantic era, the Rückenfigur—a figure seen from behind—generally had a narrative or compositional function in painting. In the second half of the 19th century, the Rückenfigur became autonomous.

These creeps have some personality.

In 2009, Richard Hoeck (in collaboration with John Miller) made a mannequin child for Cave Painting, curated by Bob Nickas. It was the only figurative element in an otherwise abstract exhibition. Hoeck and Miller also collaborated on Mannequin Death (2015), a high definition video of a family of gussied up mannequins pushed into a quarry. It’s an abstract thought for a mannequin to die.

Stiff plastic people snap and smack upon contact with rock. It’s as melodramatic as it is brutal.

Imagine Caspar David Friedrich’s dreamy wanderer tossed over the rocky precipice and into the sea of fog. Oil paint cracks.

Romanticism was in part a reaction to early Industrialism. Are the consequences of the 20th century—all of it, the good, the bad—nothing but the tipping over of 19th century idealism? What does that mean in 2020?

Rodin cast truncated torsos in bronze, establishing the potential of the fragmentary body for modern art. Hoeck cast some of his mannequin’s broken limbs in silicon, displaying them on a black pedestal.

Disjecta membra—scattered parts—from Horace’s Satires, refers to the “limbs of a dismembered poet,” implying that even if poetry is torn apart and rearranged, the poet is still recognizable. These limbs are recognizably Hoeck. 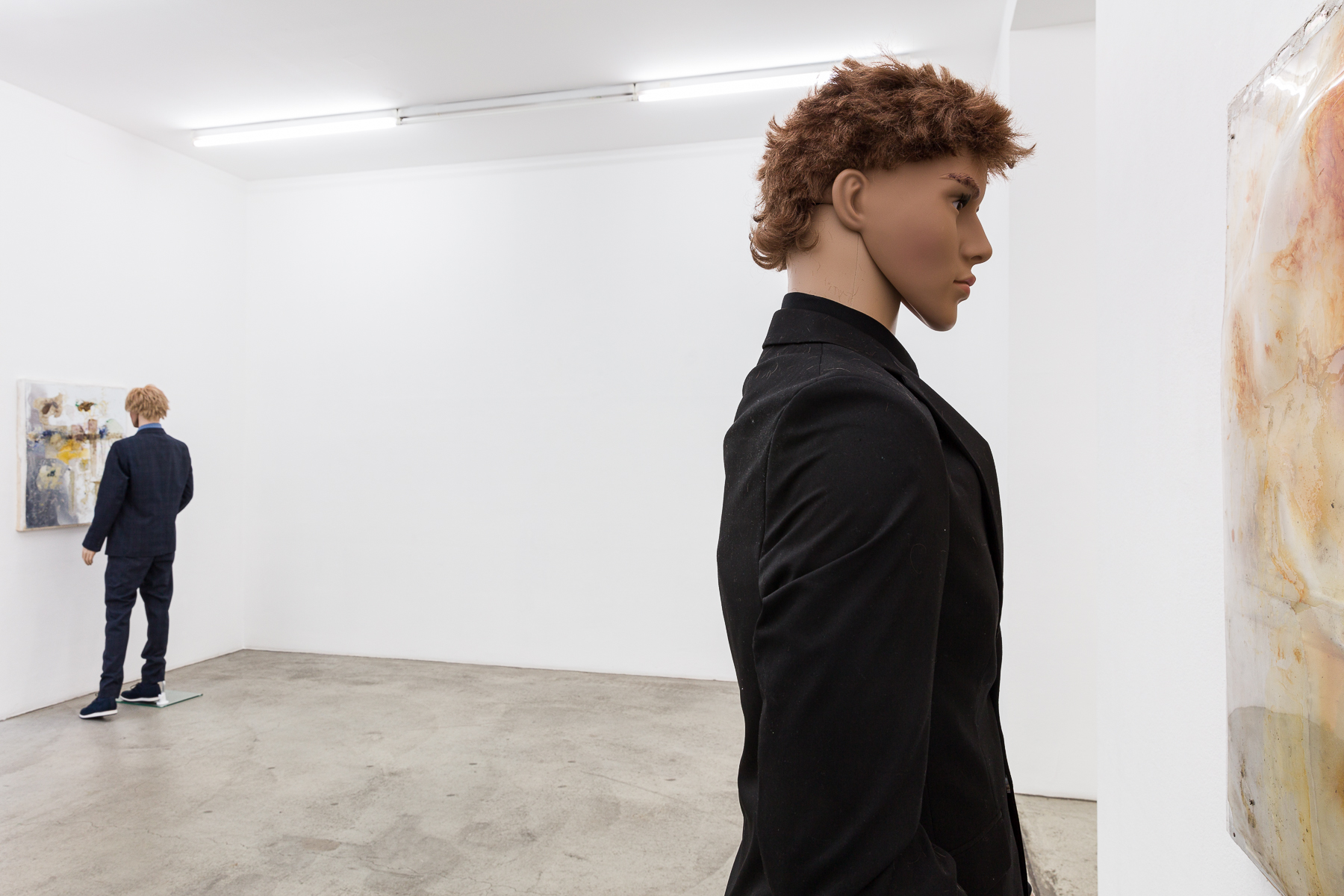 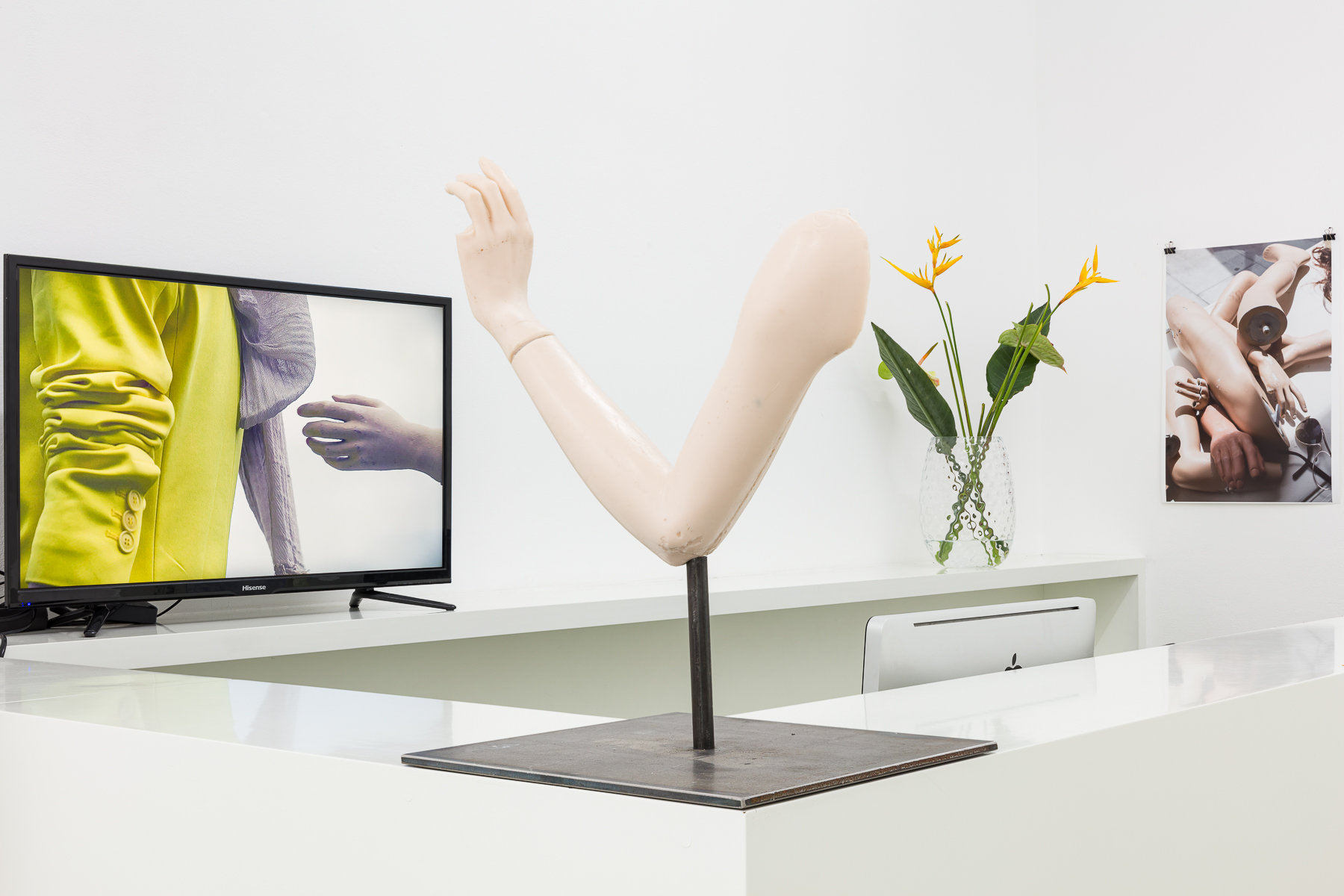