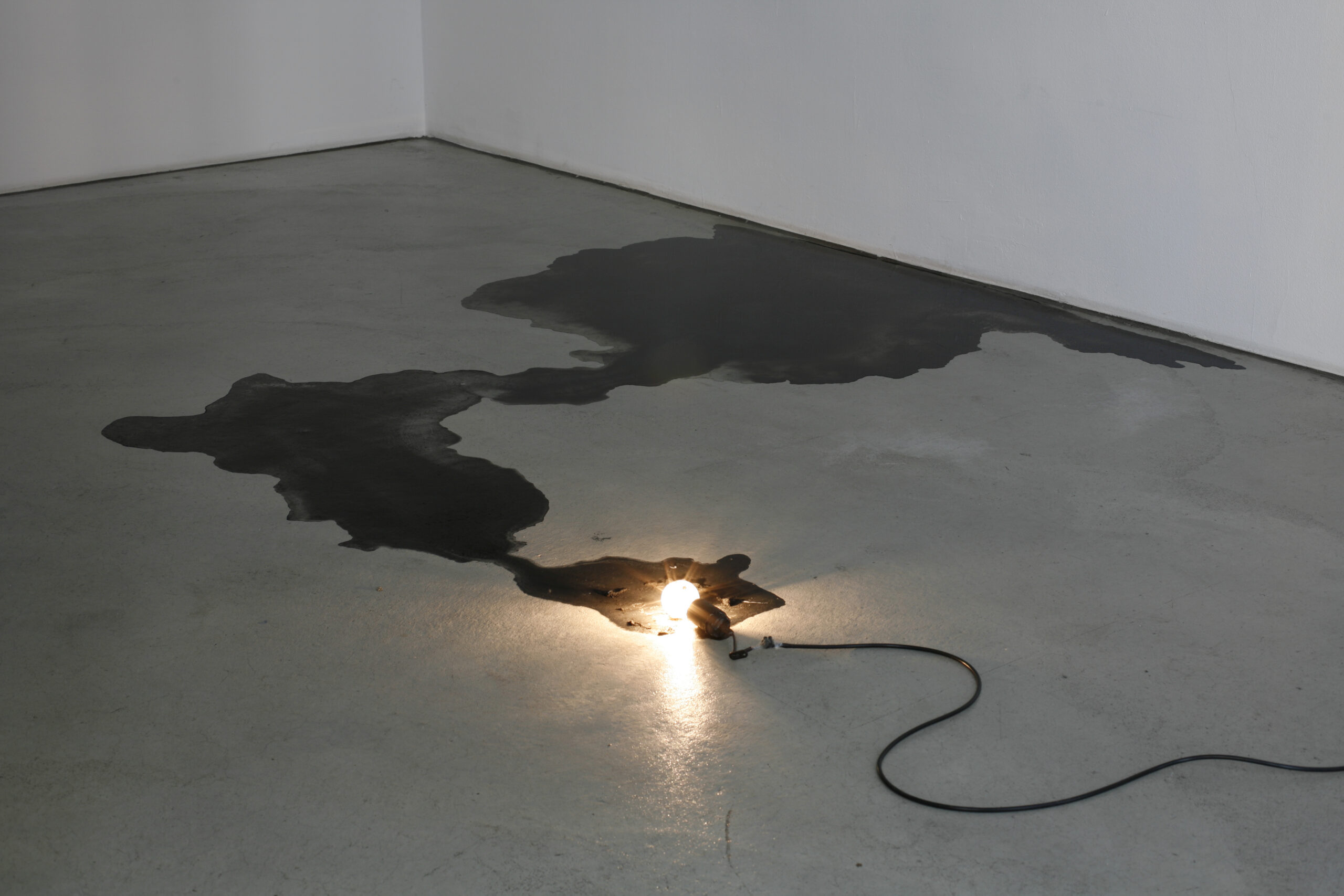 Ultimately, the significance of the line has been decided, wrote the Russian constructivist Alexander Rodchenko in 1921 – on the one hand its significance as edge and connection, and on the other hand its importance as an element of the main construction of every organism in life: “The line is the first thing and the last, both in painting and generally in every construction. The line is edge, passage, movement, touch, counter-drawing, cut.”

Kitty Kraus uses ironed and deconstructed suits, that is to say cuts, as the starting materials for a series of works: for her flash-animations which show the human body as an abstract figure, deconstructed into lengths and angles, for her constructions of sheet glass that remodel body proportions and attitudes as functional and simplified forms. If for Rodchenko the line, drawn with a ruler and a compass, was the appropriate means for constructing clearly defined, modern, and functional objects, for Kitty Kraus it is the approach towards a well-aimed deconstruction, for interrogating the foundations and limits of our notional, theoretical, and normative apparatus.

“Being fitted in, standardisation, authority,“ these are the terms with which Kraus defines the social coding of the suit.  Opening seams, cutting edges, ordering individual pieces of cloth all amount to an act of liberation and analysis. Like the mechanism of a watch carefully taken apart, the components are spread out. Separated from their function, they are reduced to their essence – form and material. Functional clothing becomes geometrical, abstract areas.

Kraus’s works seem to be charged with the myths of modernism: its purity laws, its yearning for transcendence, the optimistic belief in the utopian potential of technology. But precisely these associations are shown as absurd by her works. In an almost mechanical, robot-like way, Krauss operates on the cadaver of a modernism that lost its innocence in DIY-stores, concrete apartment buildings, and office towers of the post WW II society. Divided into rectangular modules representing  “upper body” and “lower body”, her glass and cloth constructions exercise different variations of movements and attitudes in space, stripped of meaning. Human beings become the function of their social  habitus.

By looking through the glass of her figures distributed in a room or mirroring oneself in them, they constitute something like a “frame” or a “window”. The position of the beholder defines the detail, the image. The perception of the room, its idiosyncrasies and details, is sharpened. At the same time, the beholder encounters him/herself in the mirroring, compressed into a sharp-edged, rectangular form, an anonymous vis-à-vis. “The building elements of our times,” Kraus calls her work materials. Glass is transparent, fragile, an undercooled, endlessly decelerated liquid that breaks light down the spectral colours, making it visible. The material’s transparency associates itself with the ghostly nature of the image, with volatility, the transparent person in the virtual age.

In this sense, Kitty Kraus’s constructions are ambiguous. They confront the beholder with states of aggregation that can be of a physical, metaphysical, or social nature.

Among Kraus’s recent works are cubes with mirrored interiors that have 500-watt light bulbs inside. The light inside is mirrored infinitively, becoming visible only at the outer edges of the construction. The lamp heats up the mirrored glass to such a degree that the cube bursts after ten minutes. This violent act is at the same time a liberating power, exploding a form that is felt to be repressive. Kraus opposes the control of the form with an experimental process, the uncontrollable energy of the “basic elements” extracted by her. For example also in her ice lamp, for which she encloses a light bulb sealed with silicone into a cube of frozen water and black ink. The bulb inside causes the lamp to melt. “When you see the lamp, there is something extremely sad about it,” Kraus remarks about this work.  Indeed, these slowly disintegrating objects evoke tears and other bodily fluids that form continents, rivers, and biomorphous shapes on the floor. The coldness of glass and ice is juxtaposed with a latent, almost archaic energy that with great persistence resists all artificial forms of order. 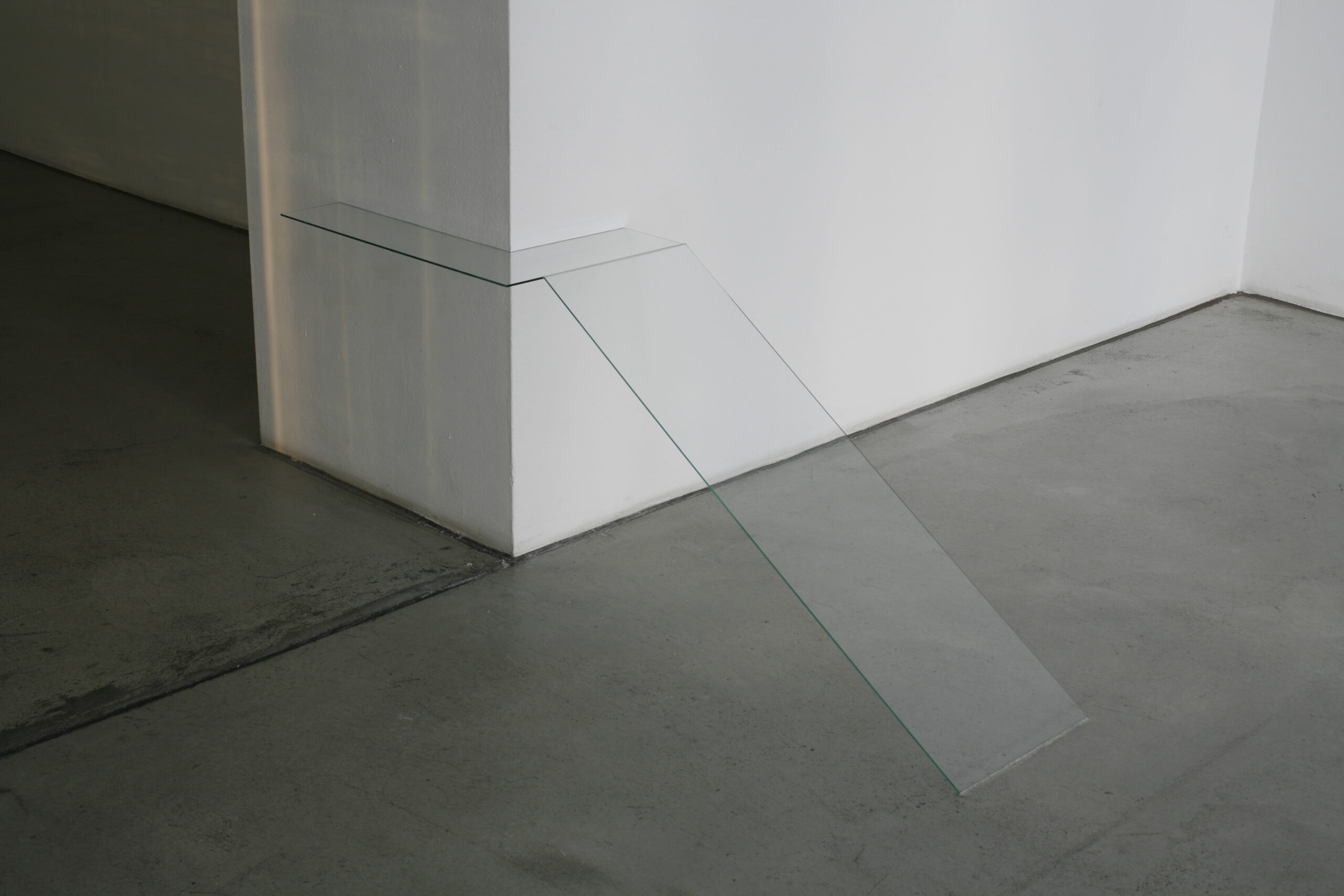 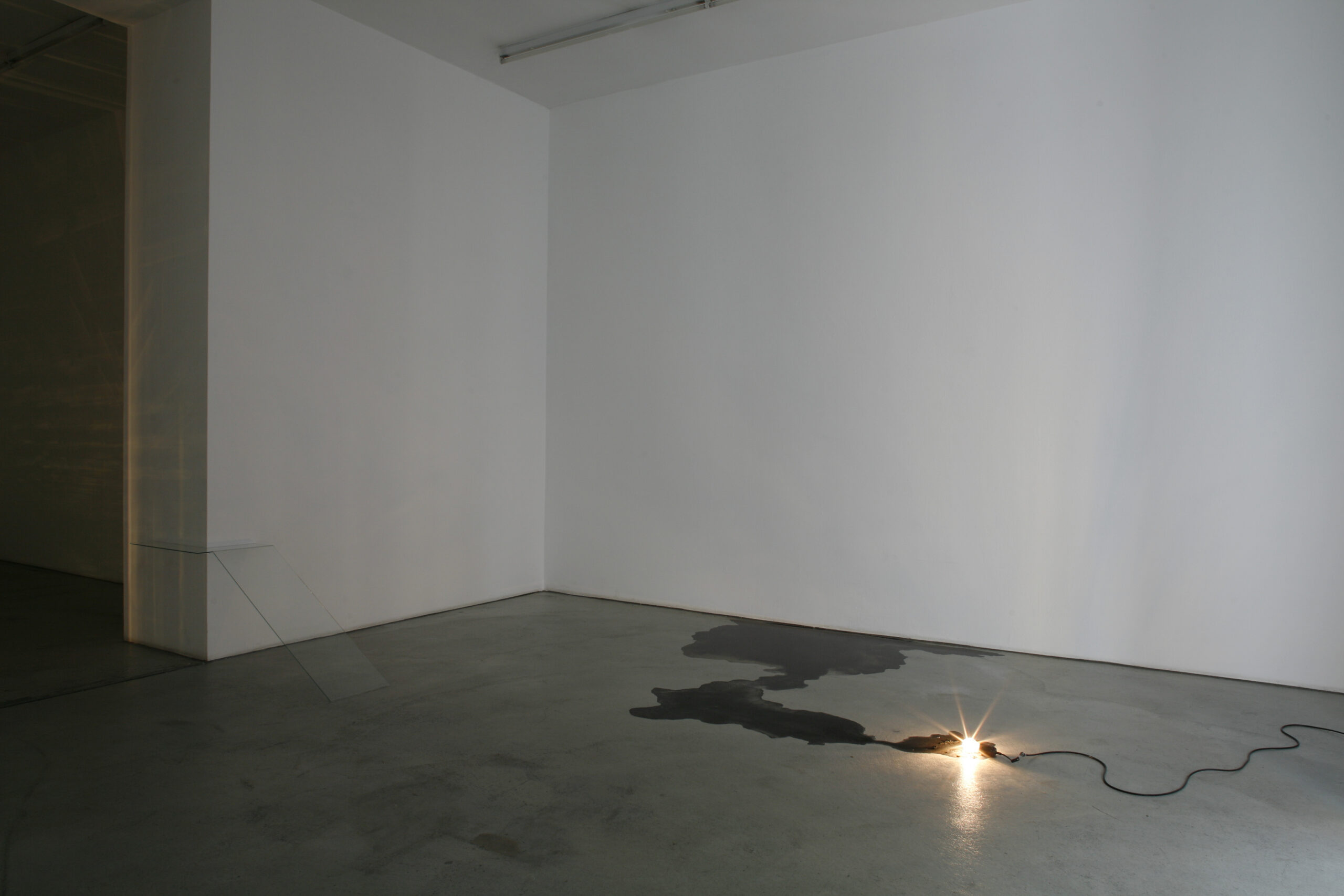