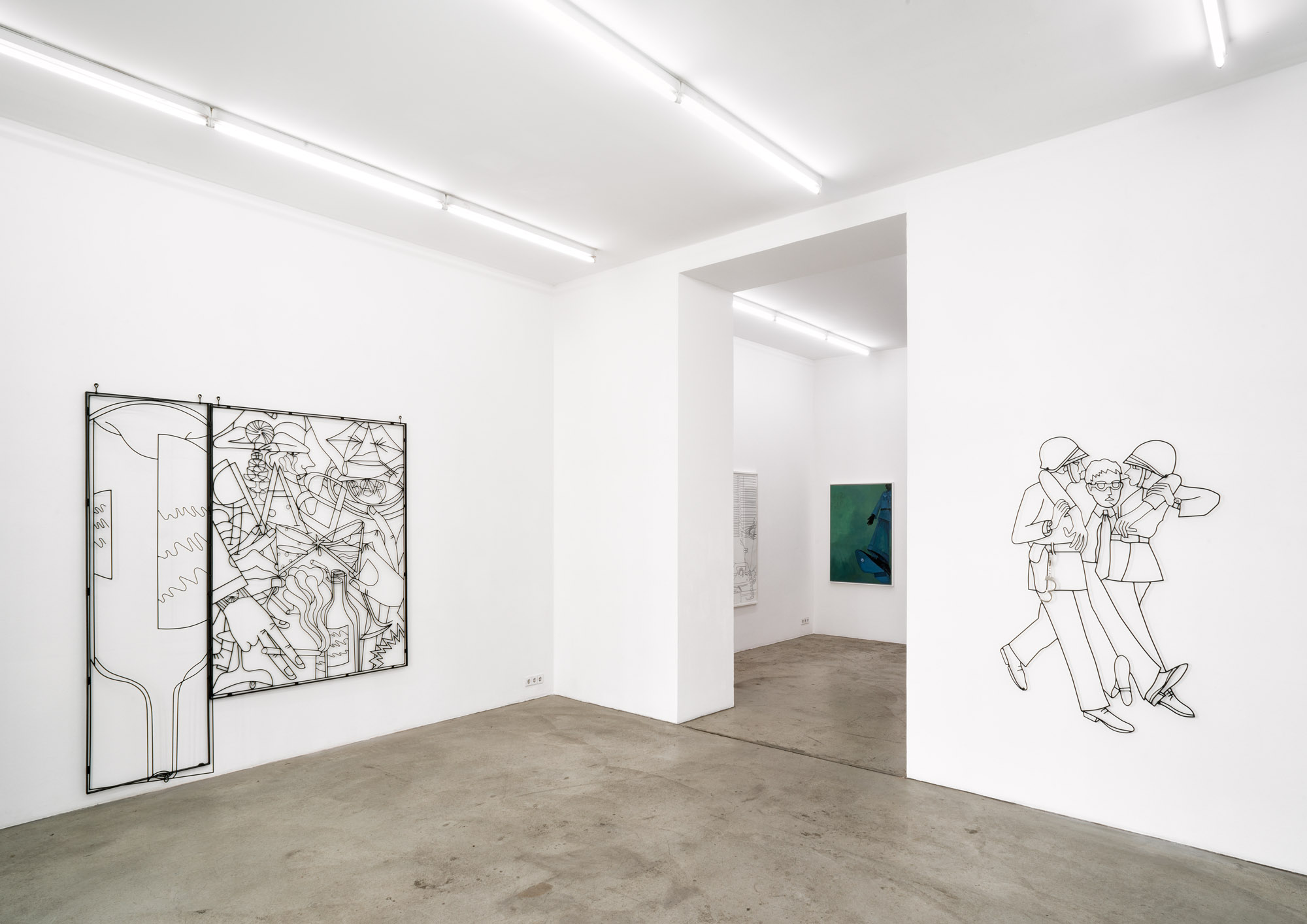 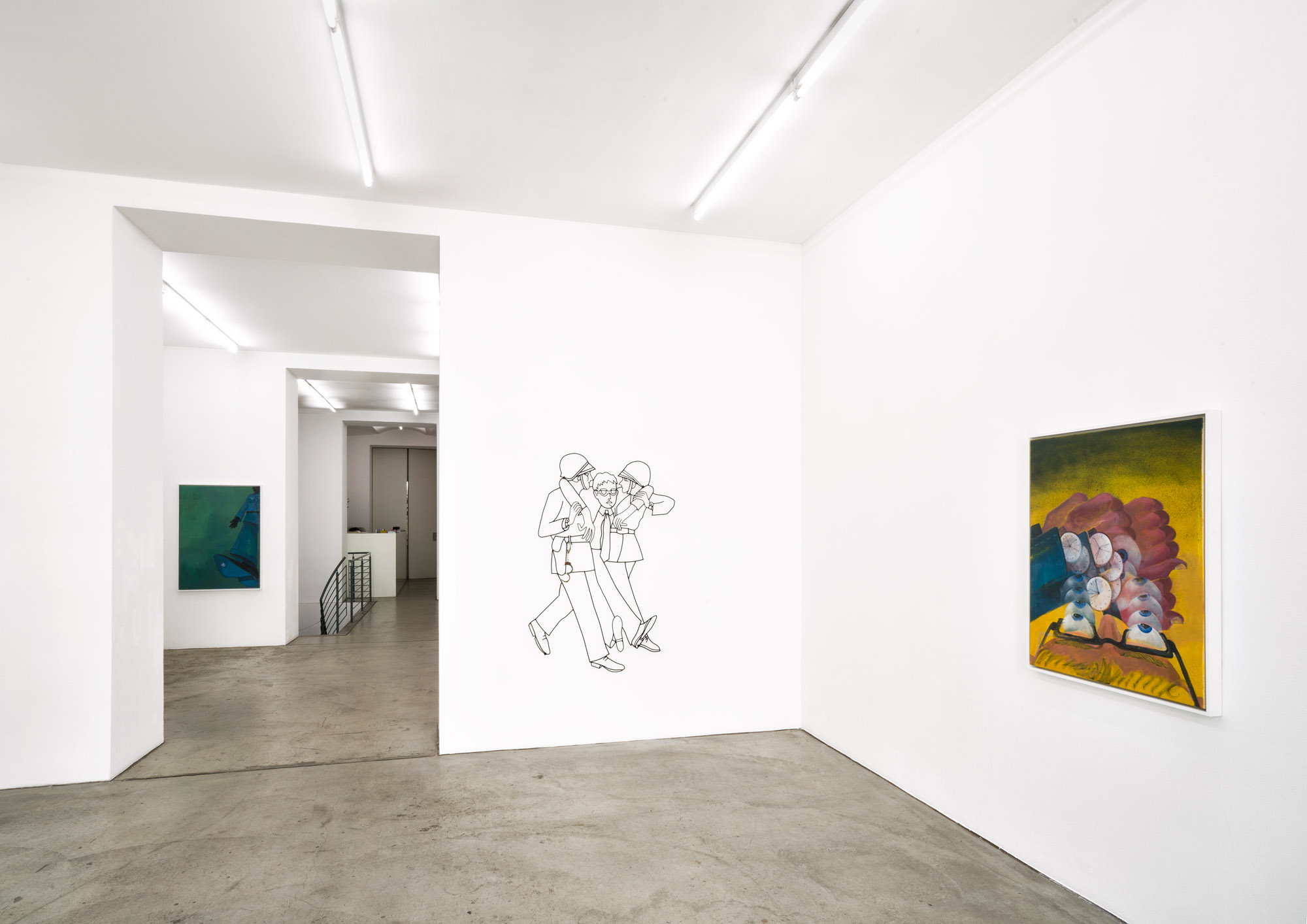 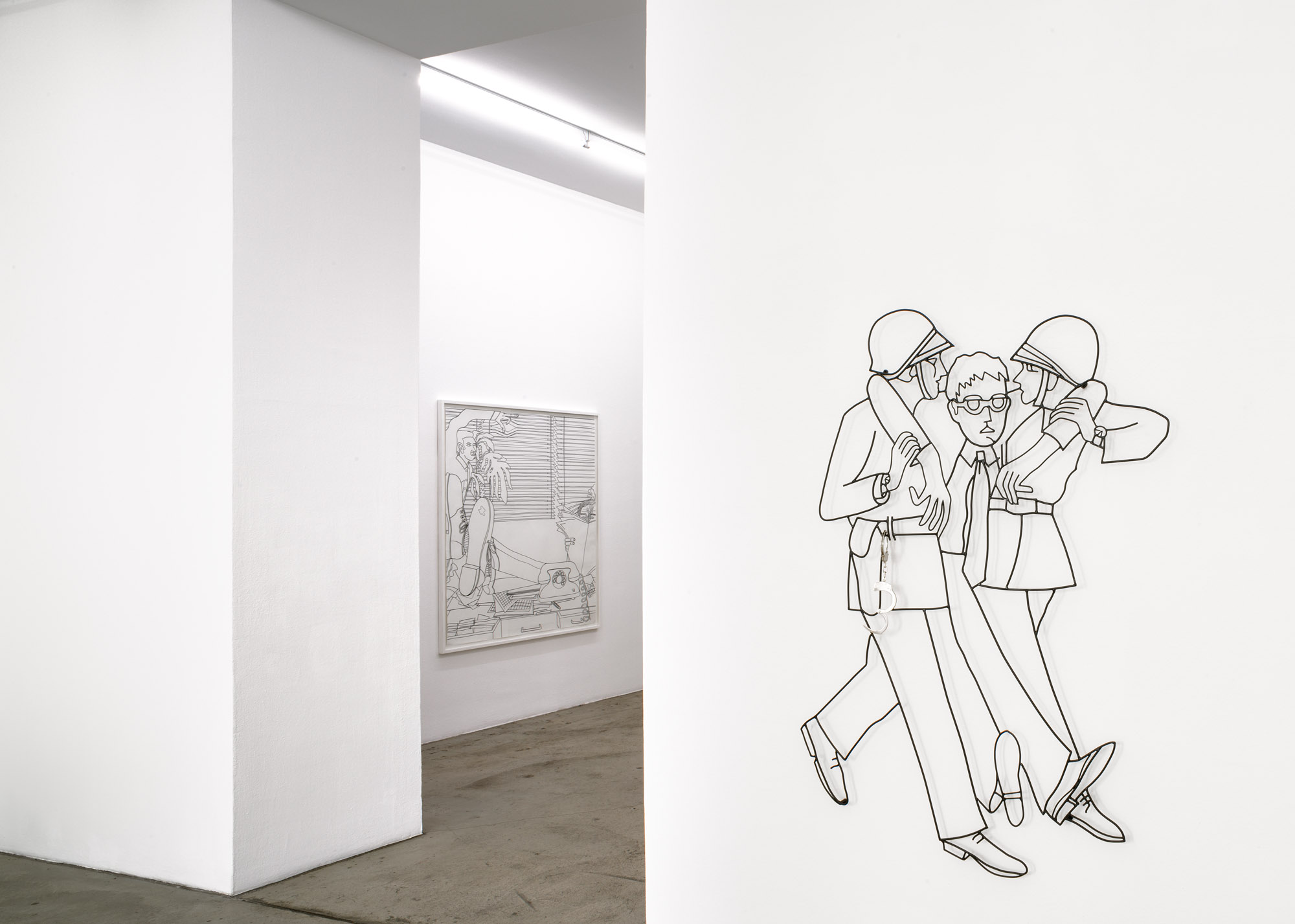 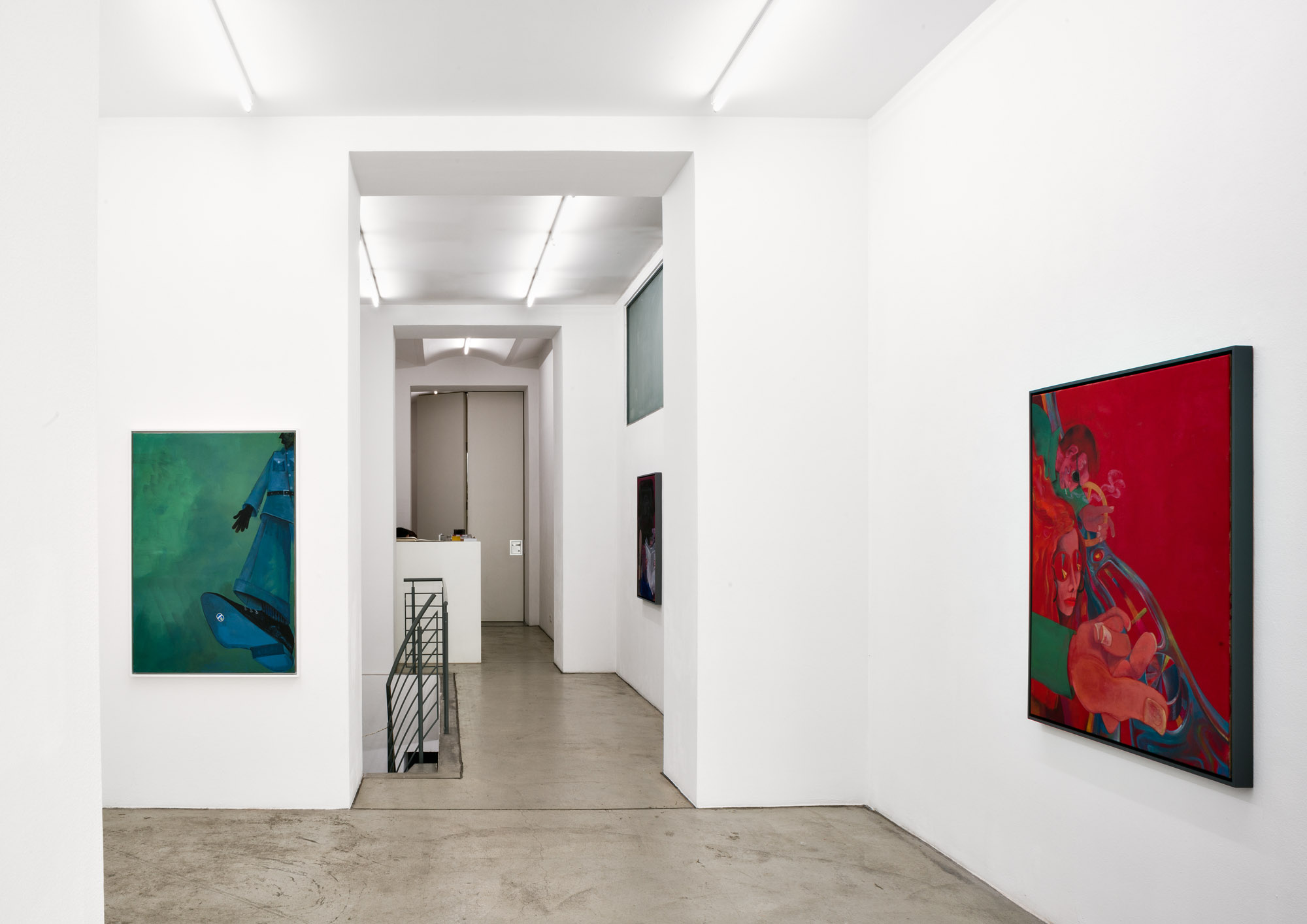 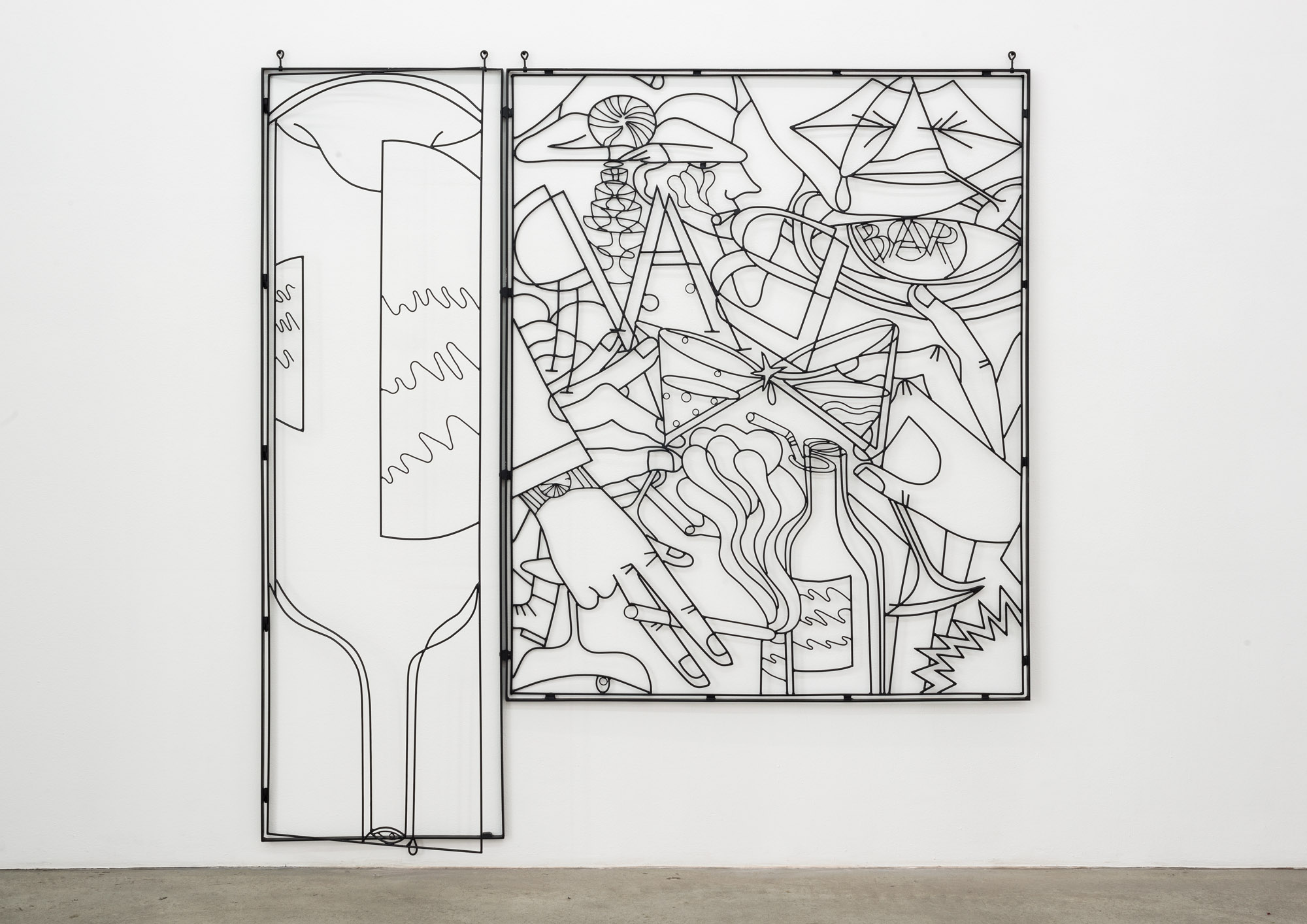 As part of Vienna Gallery Weekend, Gabriele Senn Galerie will present Polish artist Tomasz Kowalski. He is a member of the current Polish generation of artists and internationally represented in several important contemporary exhibitions and collections, such as Contemporary Art Museum St. Louis, MUMOK Vienna or MSN-Museum of Modern Art Warsaw.

Kowalski is part of a young, upcoming Polish generation of artists. In his work, he uses the full potential of an opulent treasure of metaphors, assembling them, with great virtuosity, to a new image language. In doing so, he uses a system of reference: He operates with terms such as world stage, ship of fools and danse macabre, referring to phenomena of cultural history and grotesque moments while dealing with buskers, acrobats and ghosts. Both in his paintings as well as in his sculptural and installation work, he condenses accidentally discovered moments and anachronistically appearing image quotations into multi-layered and poetic settings, which always refer to a parallel world while sketching the objects as things of independent existence. [1]

There are also many points of reference stemming from the more recent history of art: Francisco Goya, Henry Fuseli, Gustave Moreau, Odilon Redon, Alfred Kubin, Paul Klee, Francis Picabia and the Surrealists such as Max Ernst. As with these artists, a quotation taken from Alfred Kubin’s novel “The Other Side” may also be helpful with Tomasz Kowalski’s work: “Einer überraschenden Art des Staunens wurde ich fähig. Herausgerissen aus dem Zusammenhang mit den anderen Dingen gewann jeder Gegenstand eine neue Bedeutung.“ [2] („I acquired a surprising manner of astonishment. Removed from their connection with other things, each object gained a new meaning.“)

It is exactly these strategies that become apparent in the current exhibition, visible in his new pictures and collages. With paintings, sculptural and installation objects from varnished metal, Kowalski refers to the wall as an object bearer, but also incorporates it as active space into the installation.