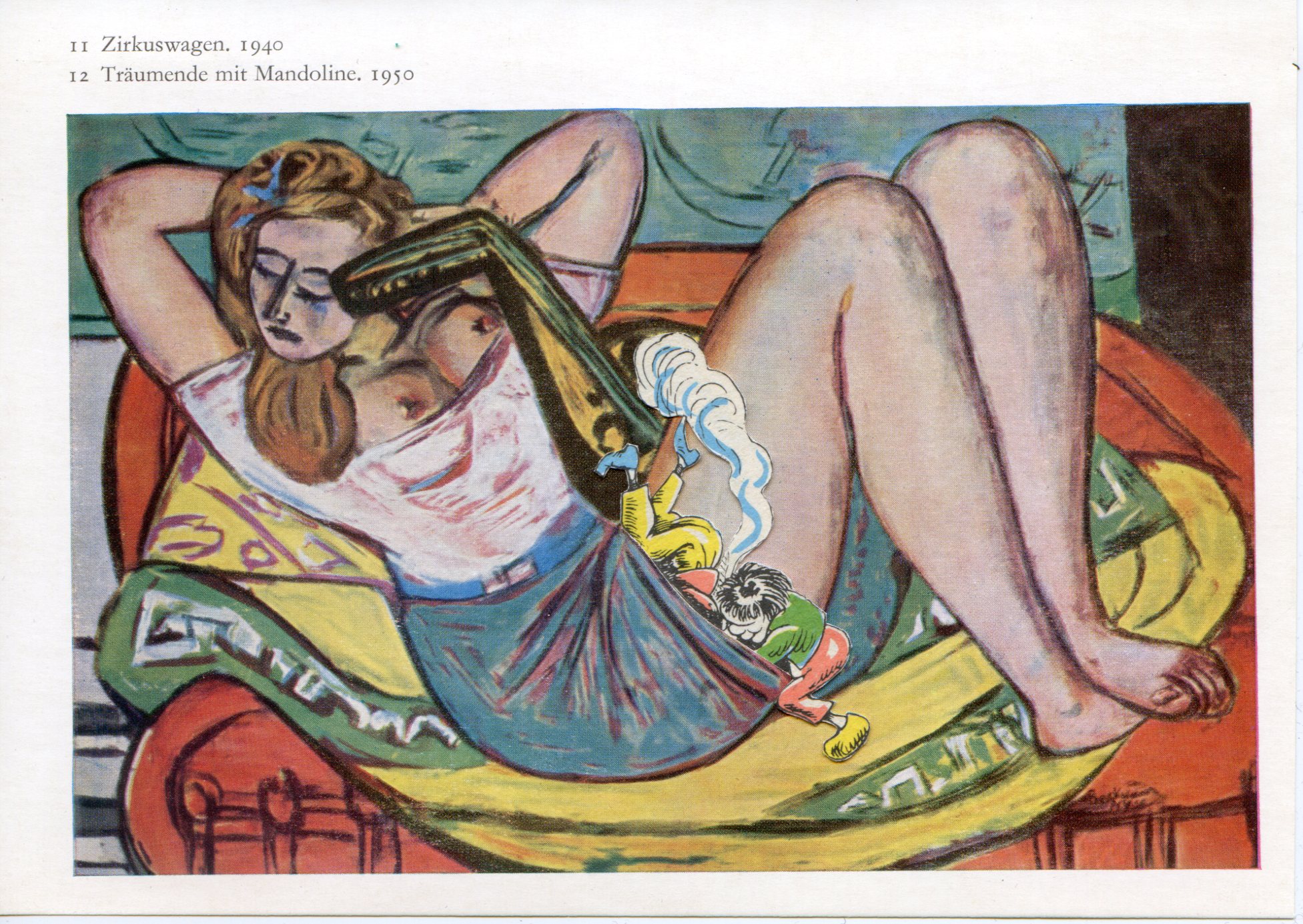 The team needs you, Yves Klein!

Perhaps the spectators of the works by Hank Schmidt in der Beek could use a little more clarification on the artist’s intentions or, at least, explicit information about the classifications which apply in the case at hand: Is it a poem or, rather, a collage, scissors or quill, word or image…? Does the artist prefer the modern spirit of our age or that of the 19th century of Max and Moritz? Does he ride on the wave of the avant-garde, spearheading the fight against responsibility and dutiful service, or is he, quite simply, on the lookout for a warm bed for the night, the “luns” as he himself calls this task that urgently needs to be fulfilled at this late hour? Not even a photo of the artist, a self-portrait with brush and palette in front of an easel, discloses too much about that because on the canvas, in front of the mountain view of the landscape we can clearly see the colours of the shirt that the artist is wearing, and any experienced gourmet or art lover will immediately recognize an exemplary modern design of abstraction, a little washed-out due to the fabric, but it is exactly in this moment that the photo makes its contribution known and it raises its claim to be perceived as the “work” that is in fact talked about; it twists the simply determined task into a bizarrely tense situation in which one of the elements involved – motif, tool, artist, image plane – is, for sure, on the wrong track.

Similar things are true of the acrylic paint-on-canvas-protocols, which Hank Schmidt in der Beek paints based on movies about artists (or related phenomena). Doing so, he projects the film portrait onto his easel and then, elegantly directed by brush and colour, retraces the forms that appear…depending on the duration of the movie, he is only left with a certain time-span to put his plan into practice; what is prefabricated, however, happens so quickly that after the end titles, one still cannot recognize the object in his picture. One question remains: can Hank Schmidt in der Beek, born in Munich in 1978, currently living in Berlin, who is moving between so many ends, at least be seen as a performer or singer? For he has also played these parts often and successfully…

To give one answer to all these questions: The desire for unambiguousness has to remain unfulfilled as concerns Schmidt in der Beek. Interested guests, and in particular those attending the exhibition of the artist at Gabriele Senn Galerie in January, shall, instead, become acquainted to the idea that the artist is in a constant flow of self-challenging, for which he rejects every ready-made solution, just like a poet who never uses the same rhyme twice because poems shall become part of our memory and thoughts and, thus, never repeat their own lines. But the audience shall be reassured that the first solo exhibition of Hank Schmidt in der Beek can be visited in this city at said venue. There are almost exclusively collages on display – probably with the prospect of guaranteeing an easy first access – often completed by several lines of a poem by the artist himself, which he, in return, has perfectly aligned with the motifs provided for by – for the most part – the world of art and – for the smaller part – the boyish pranks of Max and Moritz. As concerns the latter ones, the artist has additionally “deterritorised” them (an actual term which was coined by Deleuze and Guattari, something that should not go unmentioned here in Vienna), just to engage them in new conflicts, from which they would certainly only have emerged as duck food if their spiritual father Wilhelm Busch had had its way. At least they are spared in the world of Hank Schmidt in der Beek. 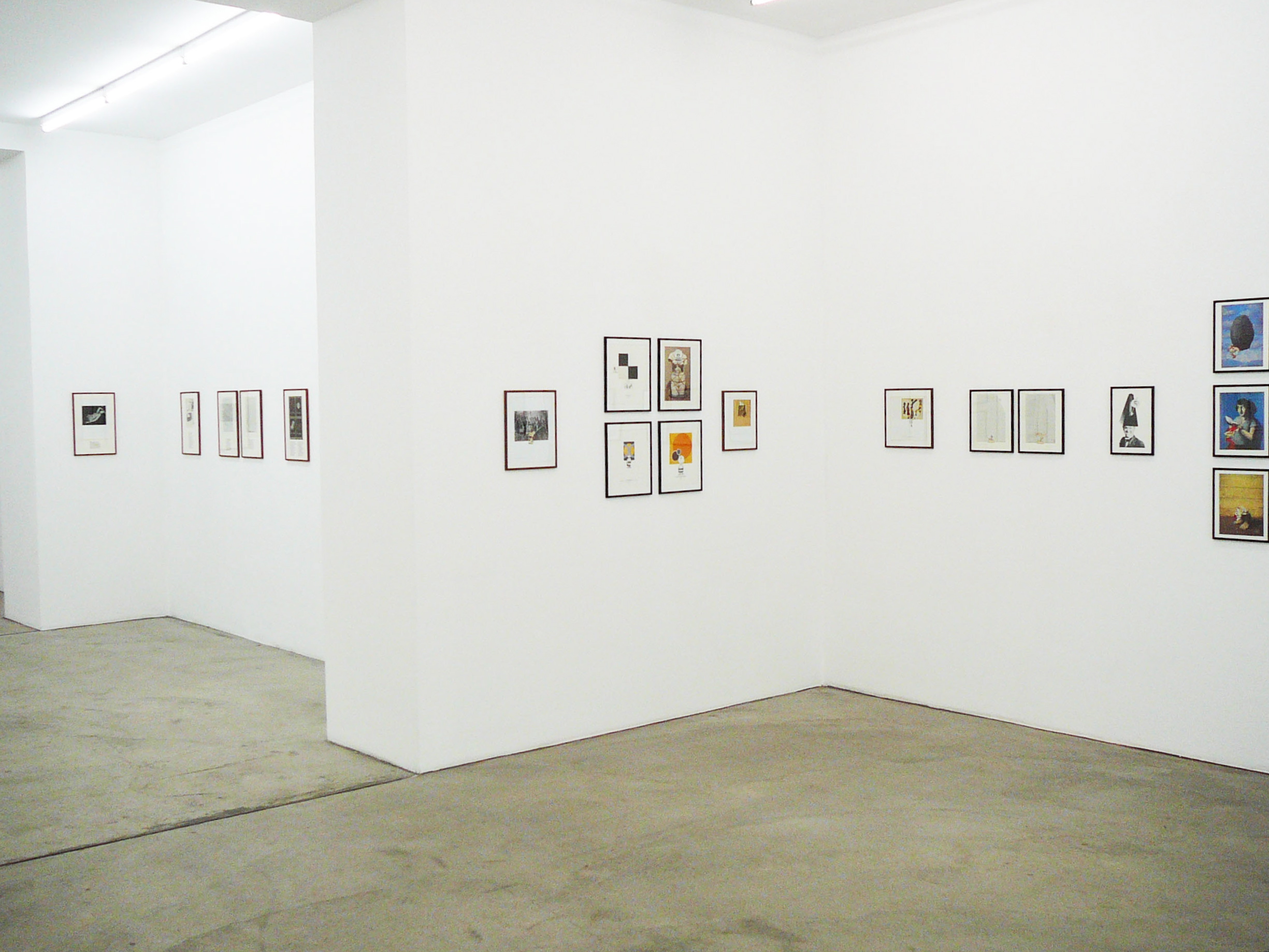 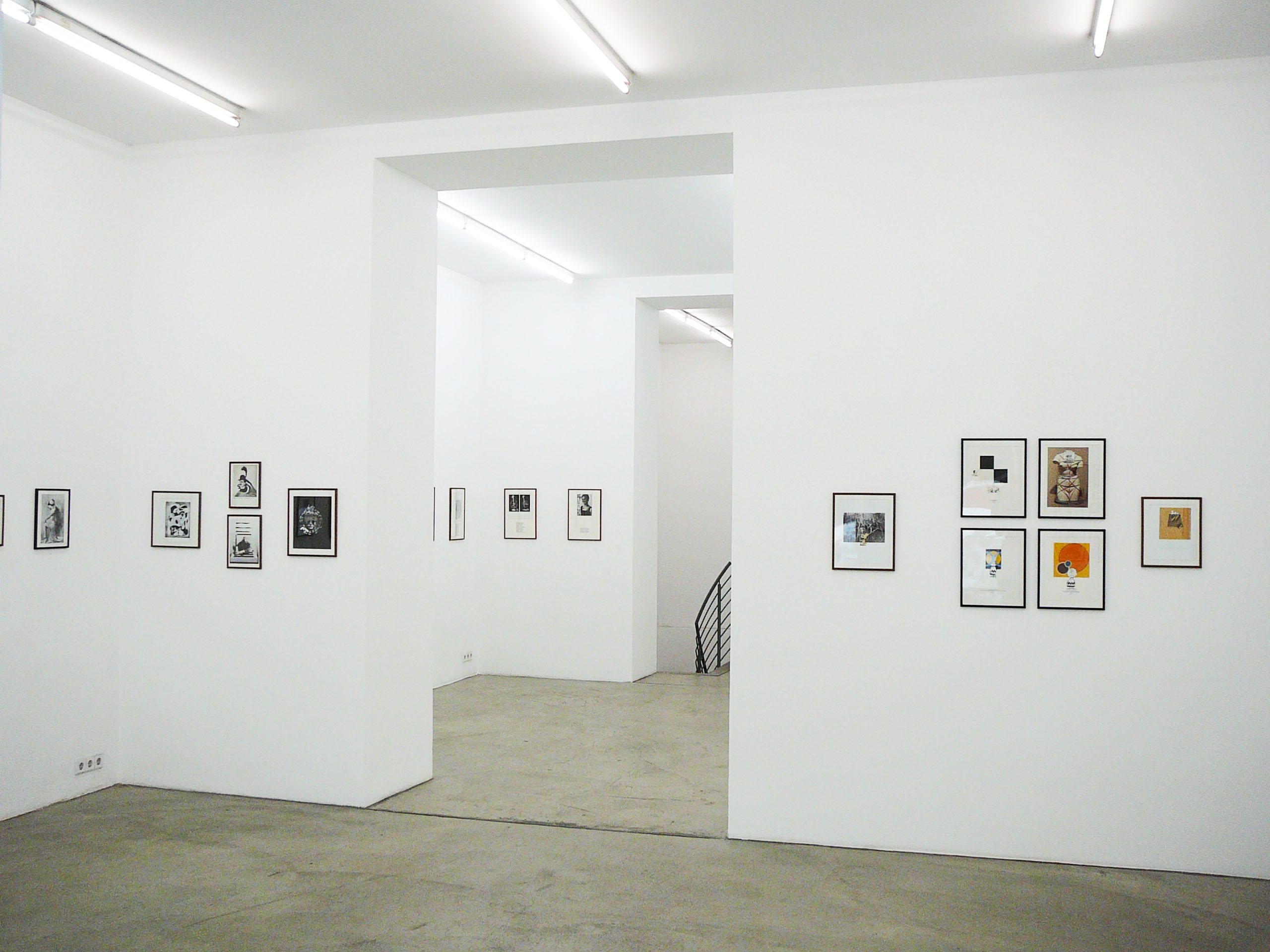 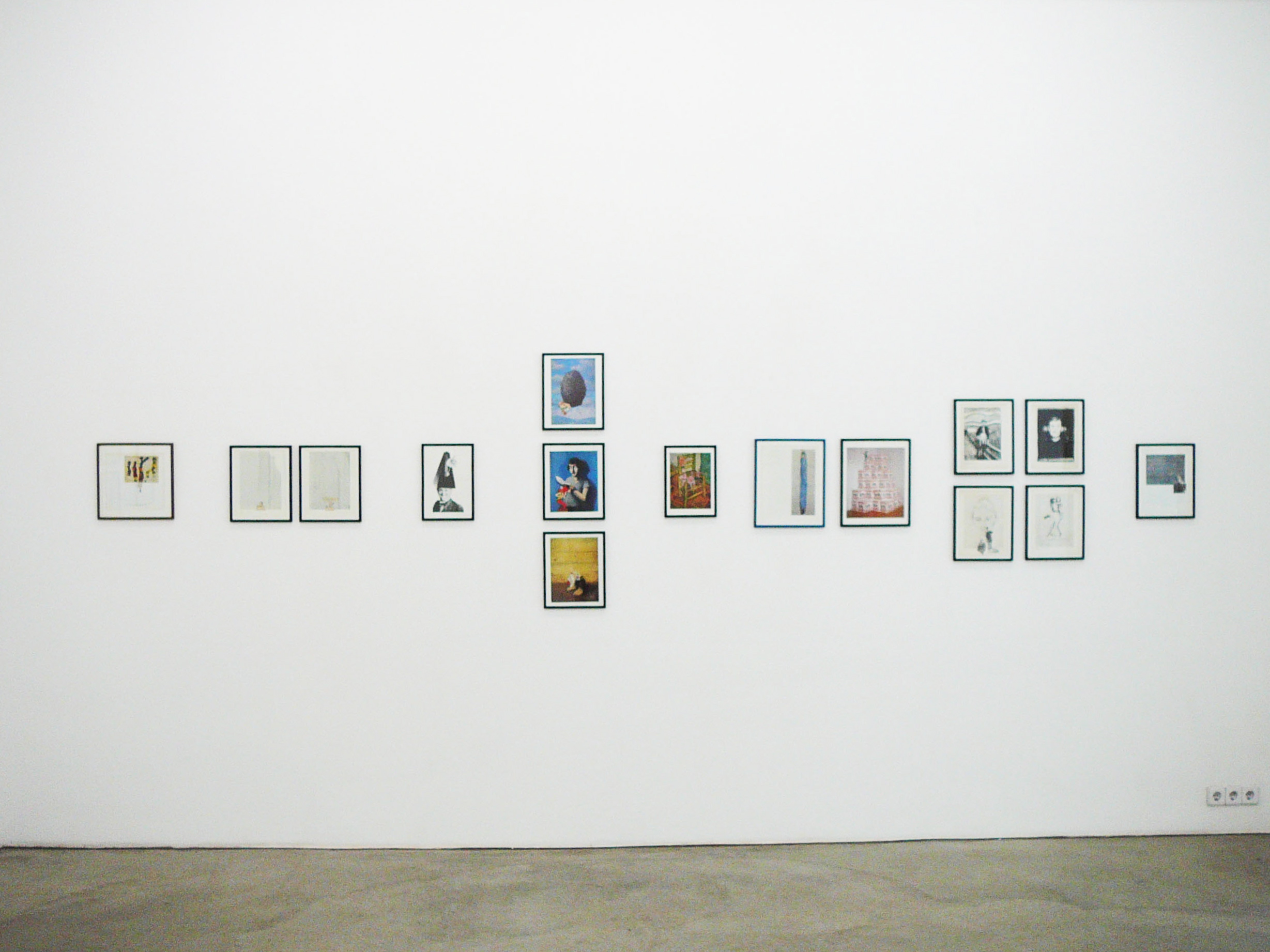 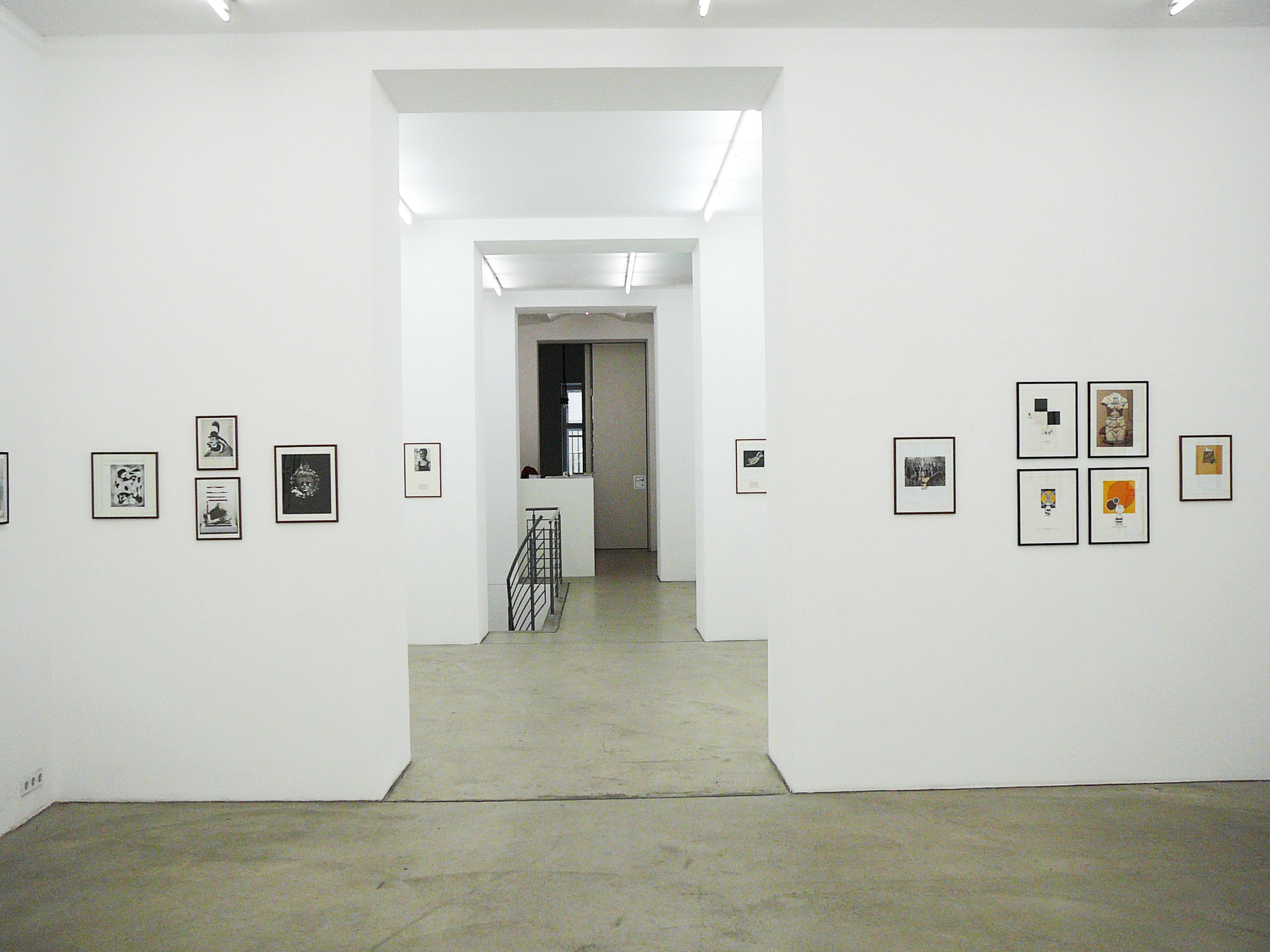 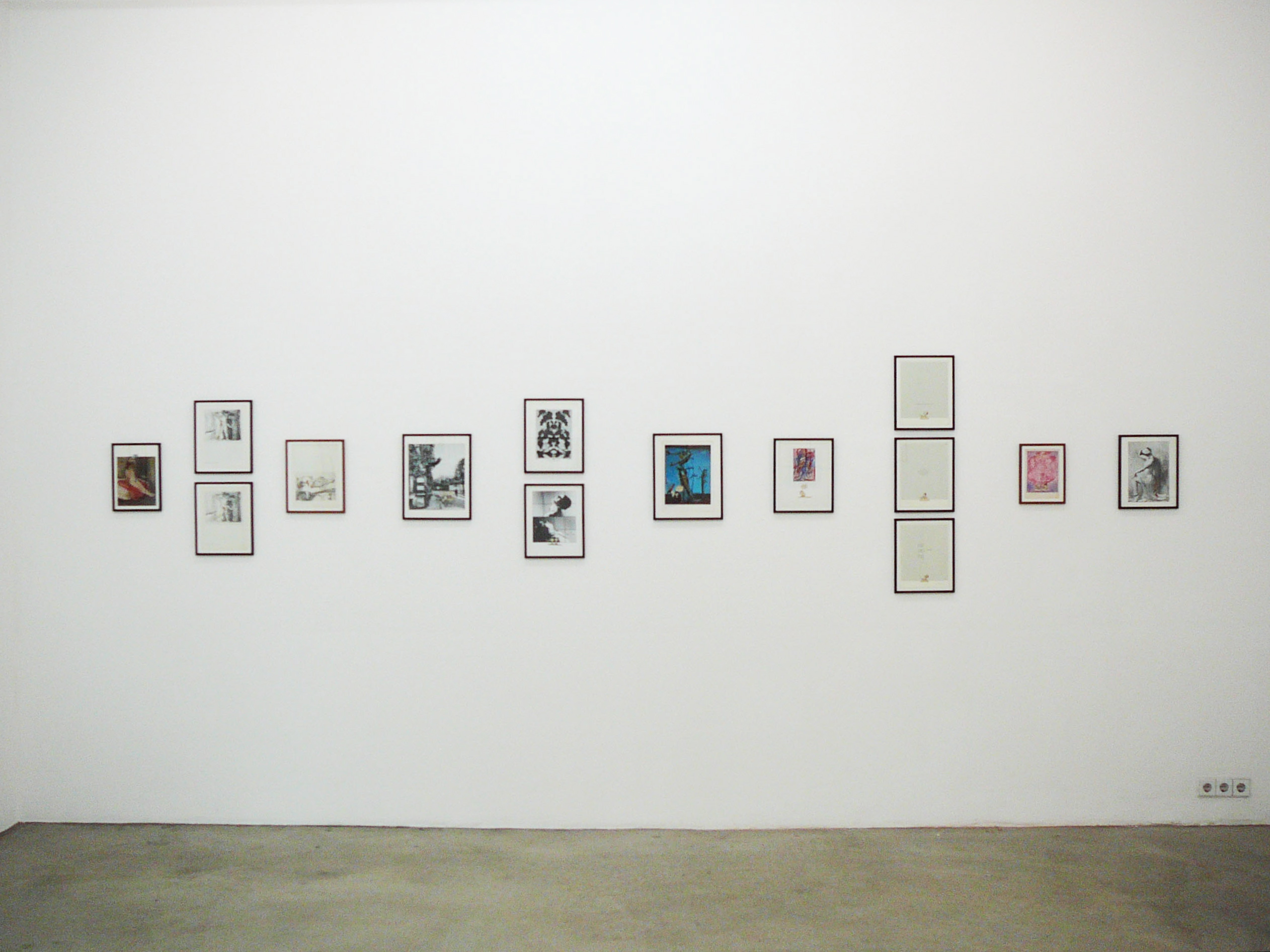