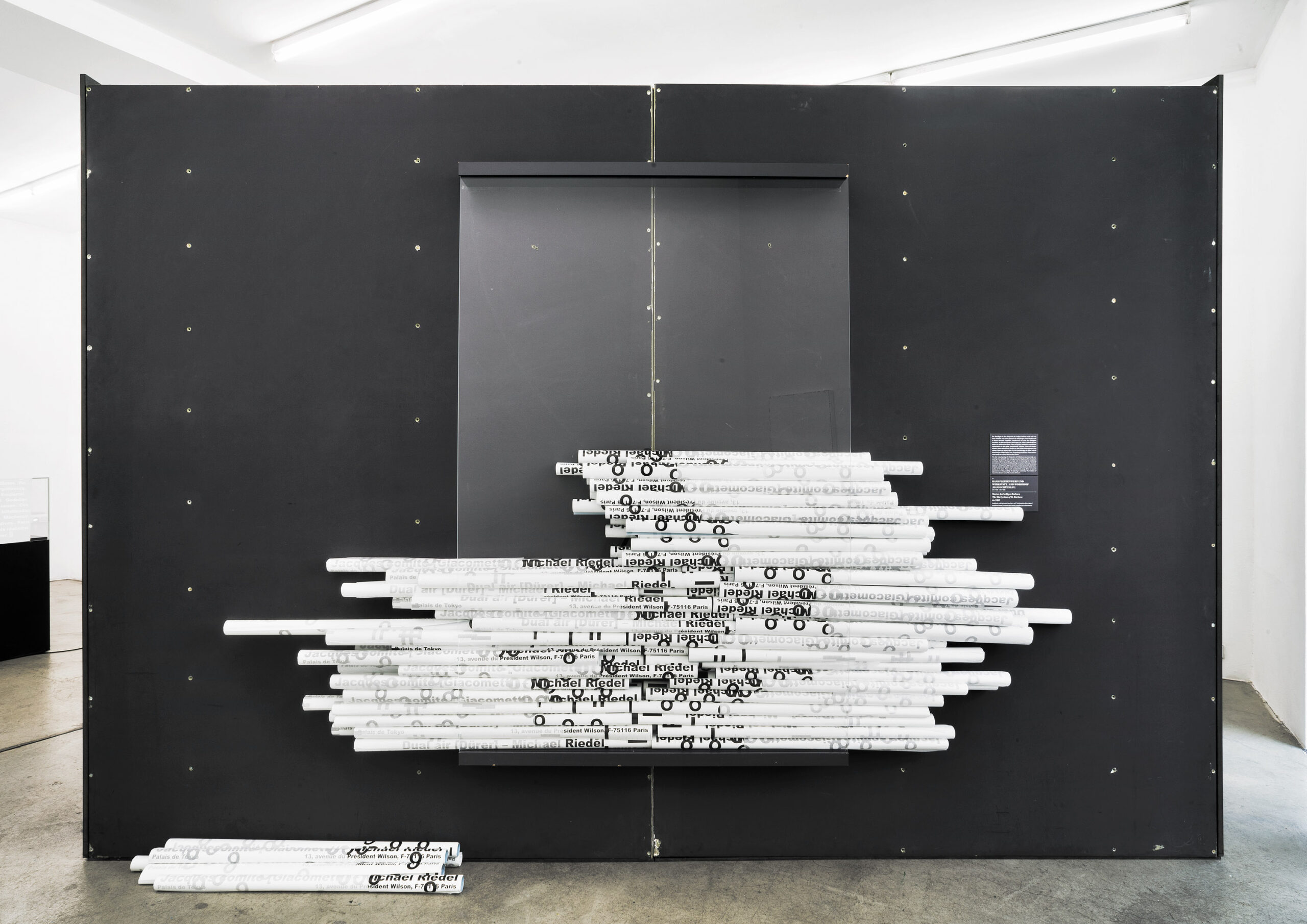 Michael Riedel’s exhibition in the gallery can be traced back to his three-part exhibition series at the Palais de Tokyo (Paris), which revolved around an event room – specifically designed for the museum and resembling a stage set – where various after-show parties were held to celebrate art.

In light of the above, Riedel’s works start where exhibitions usually end: at the dismantling stage. To mark the vastness of the exhibition space in the Palais de Tokyo, he developed pop-up architecture, which spreads elegantly through the rooms and is then labelled with different texts over the course of the exhibition’s duration. Riedel uses voice recognition software to produce this text material; he feeds into the program background noise recorded during the dismantling of large museum exhibitions, which leads to huge misunderstandings in the transcription.

To decorate the space, he uses discarded museum displays. Their previous application having been to present art, they now function – emptied of all art – as benches, a stage or a bar. This is how his exhibitions Jacques comité [Giacometti] (2013) and Dual air [Dürer] (2014) came about, for which Riedel re-introduced to the museum setting discarded museum elements from the Hamburger Kunsthalle and the Frankfurter Städelmuseum.

The last part of his trilogy effJ Knoos [Jeff Koons] (2015) is a museum’s shop display, in which art-themed posters, postcards, T-shirts and bags were sold. Riedel takes up this popular format while also producing the articles predetermined by the display, which further develop the ideas behind his two previous exhibitions. In this way, he processes in a multifaceted way the fine line between the artistically made and not-made, and closely traces the aesthetic possibilities taken from established courses of events in the cultural and creative industries.